Oversee issues related to the environment, such as air quality, climate change and AB 32 implementation, the California Environmental Quality Act (CEQA), Proposition 65 and green chemistry, hazardous and solid waste, surface mining and land use. Recommend policies that meet the mutual objectives of protecting human health and the environment while conserving the financial resources of business to the fullest extent possible in order to help California businesses grow and promote their technologies/services.

The California Chamber of Commerce supports reforms to state and federal laws that achieve a balanced approach between environmental protection and social economic progress. Environmental regulations should be based on sound science, subject to peer review. Economic impacts should be evaluated to ensure that the benefits outweigh the social costs of imposing mitigation measures. Endangered Species

The CalChamber supports polices that ensure the Department of Toxic Substances Control issues hazardous waste permits in a timely and cost-effective manner and that permit applicants are subject to clear and predictable procedures. Conversely, the CalChamber opposes policies that exacerbate the closure of California hazardous waste facilities by creating unpredictable permitting criteria and unnecessarily increasing costs. Hazardous Waste Operations

Blocked proposal in 2018 that would have lead to substantial increase in energy costs (AB 893), and stopped a ban on combustion engine vehicles (AB 1745).

Backed veto of proposal in 2017 that would have increased costs and likely delayed permits for hazardous waste operators (AB 1179).

Ensured fair treatment for business operations by securing amendments in 2017 to provide protections for facilities in legislation that otherwise would have allowed an air district to shut down a facility for a perceived danger to public health or the environment before a hearing determined action was needed (AB 1132).

Prevented passage of proposals in 2016 that would have discouraged investment in upgrading and improving facilities that treat hazardous waste.

Legislation in 2014 that would have created more opportunities for litigation and substantially increased project cost and delay by creating mandatory consultation requirements with Native American Tribes was significantly amended to be more workable (AB 52); and the most onerous provisions were amended out of a proposal to double penalties issued by the state air board, regional air districts and the Department of Toxic Substances Control (AB 1330).

Halted in 2013 new double penalties for most air/environmental citations at facilities in disadvantaged regions of the state (AB 1330);

Halted expensive unnecessary regulatory burdens, such as an expanded waste bureaucracy in 2010 (AB 479, AB 737) and a 2012 vote rejecting a ban on the use of polystyrene foam food containers (SB 568); and in 2013 an expansion of reasons to sue under the California Environmental Quality Act (SB 617, SB 754). 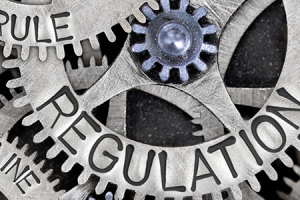 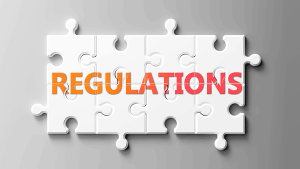 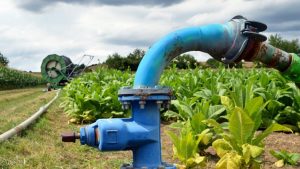 Ready or Not Here It Comes—State Groundwater Regulation

What the Frack?! - Capitol Insider