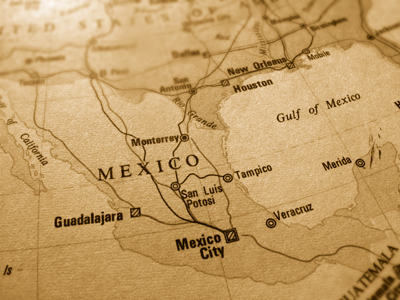 Governor Edmund G. Brown Jr. is leading an historic trade and investment mission to Mexico from Sunday, July 27 to Wednesday, July 30, 2014.Along with senior members of his administration and business delegates, Governor Brown will travel to Mexico City, the political capital and financial center of Mexico, to build on the momentum initiated during his trade mission to China last year—expanding California’s focus to its southern neighbor and largest export market.

Given the state’s border relationship and long-standing historical, cultural and economic ties, Mexico is a natural partner to further expand two-way trade and investment, and strengthen cooperation on global climate change. Some of the highlights of the mission will include an investment forum and reception hosted by US Ambassador to Mexico Anthony Wayne, a fellow Californian; a California-Mexico Climate Change Summit with the Ministry of Environment and Natural Resources and business and academic leaders throughout Mexico; and a higher education dialogue with the Ministry of Education and the National Council of Science and Technology.

Longstanding historical, cultural and commercial ties between Mexico an​d California were in the spotlight at the luncheon hosted by the California Chamber of Commerce for the Mexico Secretary of Foreign Affairs with California’s Governor and First Lady as special guests. CalChamber, July 24, 2014

Governor Brown to Lead Trade and Investment Mission to Mexico​
Governor Brow​n will be joined by a diverse delegation of California government, business, economic development, investment and policy leaders on the Mission, which will be organized by the California Chamber of Commerce.
Governor’s Office, April 29, 2014