California is the fifth largest economy in the world with a gross state product (GSP) of more than $3 trillion. International-related commerce (including exports and imports of goods and services, plus investments) accounts for approximately one-quarter of the state’s economy. Although trade is a nationally determined policy issue, its impact on California is immense. California exports to over 226 foreign markets.

There are numerous trade issues that affect the United States and consequently, California. Each region and issue page gives an overview, and links to related organizations and documents. To view the trade issues, please click here.

Looking Out for Business

Through our lobbying team and committees, we monitor state and federal legislative issues, as well as multilateral and bilateral trade negotiations on behalf of Californians doing business abroad.

We work as a clearinghouse of information for international trade. We encourage our members to share their international expertise, while also bridging the gap between government agencies and private companies, here and abroad.

We give you as many chances as possible to grow your international business. Each year, we sponsor/co-sponsor trade and investment missions, educational programs and conferences, as well as trade and catalog shows.

CalChamber delegations have participated in the state’s trade and investment missions. Members and CalChamber officials often participate in trade events such as International Expos and the World Economic Forum. Board members and officials have accompanied six California Governors to various worldwide destinations, including Mexico City to discuss the North American Free Trade Agreement (NAFTA.) 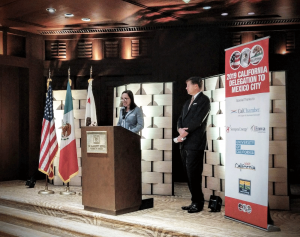 From October 1-4, 2019 a delegation of California business and state agencies led by Lieutenant Governor Ambassador Eleni Kounalakis traveled to Mexico City for a trade mission to advance business, collaboration and partnership between California and Mexico.

The delegation was made up of 20 private sector leaders from the agriculture, energy, and clean-technology sectors, as well as approximately 20 representatives from an array of state agencies. Visit the blog to learn more. 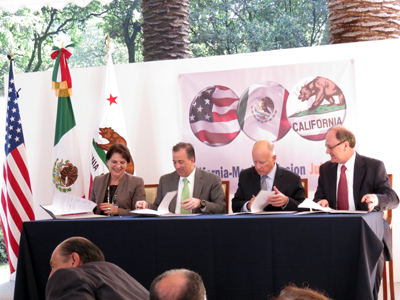 Visit the blog to learn more about this successful trade and investment mission led by Governor Edmund G. Brown Jr., organized by the California Chamber of Commerce and the California Foundation for Commerce and Education, a nonprofit 501(c)(3) organization affiliated with CalChamber.

Along with senior members of his administration and business delegates, Governor Brown traveled to Mexico City, the political capital and financial center of Mexico. 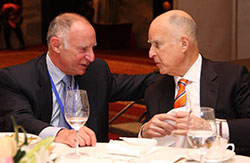 The delegation traveled throughout China and attended the opening of the California Trade and Investment Office in Shanghai, California’s first official permanent presence in China in nearly a decade. With more investment deals from China than any other state, California is positioned to capture China’s growing foreign investment. Trade Mission Blog

This nation-wide 20-member delegation met with high-ranking government officials, chatted with entrepreneurs in the emerging Cuban private sector, enjoyed the work of professional artists and musicians, heard from renowned historians and convened with diplomats and economists.

CalChamber’s Susanne Stirling Is Sacramento County Woman of the Year

CalChamber Vice President of International Affairs Susanne Stirling has been named Woman of the Year for Sacramento County by California Senator Bill Dodd (D-Napa). The Senator recognized Stirling for her leadership and decades-long commitment to promoting economic development and cooperation between the state and other countries.“In many ways, California’s economy is tied to international markets, and Susanne brings a level of experience and knowledge that is critical as we successfully and safely reopen our state,” Senator Dodd said. “She has been an ambassador for international trade for many years and has continued to serve with distinction as we weathered this historic public health crisis. I’m proud to recognize her for her efforts to help our state’s business community.”

“I am deeply appreciative to Senator Dodd for this recognition,” Susanne Stirling said. “During this challenging time in our world with global-wide trade disruptions, my focus is to assist with the state’s economic recovery on behalf of the CalChamber through our international ties. International trade is a major part of the economic engine that benefits businesses, communities, consumers and our state’s prosperity.”

Stirling received the award during WIT-LA’s Global Trade Awards Gala in Manhattan Beach, which brought together 150 individuals from the international trade world to recognize and celebrate women who serve as role models and who have paved the way for others in expanding their own business. The Gala also promoted international trade by recognizing the impact it has on the growing economy and its importance to the Los Angeles area. (CalChamber, November 8, 2019)

U.S. Commerce Secretary Locke said that those honored at the November 2009 ceremony have “shown the foresight and ability to grow and prosper through a strong export strategy. Exporting U.S. manufactured goods and services plays an important role in rebuilding the American economy and creating jobs at home. With 95 percent of the world’s consumers living outside our borders, there is great potential to boost economic growth and create new jobs in America through exporting. Alert Article

On December 6, 2012, the California Chamber of Commerce received the prestigious Presidential Citation from the government of the Republic of Korea for promoting U.S.-Korea trade and commercial relations, and specifically for contributing to the passage of the U.S.-Korea Free Trade Agreement (FTA).

The CalChamber was an early supporter of the U.S.-Korea FTA, the culmination of a five-year process from negotiations, to passage and implementation. 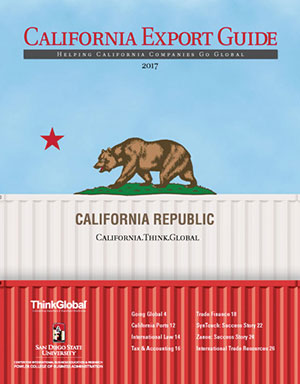