Position: Legislation that continues to push the renewable threshold without consideration of grid capacity, pricing, or energy stability misses the whole picture. The CalChamber supports legislative and regulatory solutions that bring new businesses to California and help employers and the state reduce greenhouse gas emissions in the most cost-effective, technologically feasible manner while allowing flexibility to ensure a stable energy future. California cannot achieve its stated goals as a leader on climate change if it cannot demonstrate a sustainable balance between renewable integration, grid reliability, and cost containment. Energy Policy

Position: Energy policy is complex, with known and unknown externalities every time a bill is proposed picking energy winners and losers. The Legislature should be careful to evaluate each policy within the broader system of energy, economy, and the environment. If it does, California can continue to be a leader in global climate change and have the strongest economy in the nation and world. It can work with other states and countries to develop new strategies and technologies. It can allow the bipartisan processes, such as the extension of cap-and-trade, to work. It can continue to support the more than 300,000 jobs directly or indirectly related to the oil and gas industry, all while imposing the toughest environmental laws and regulations in the country.

For years, California focused inward and is on track to achieving its ambitious energy goals. We can now focus outward and be a model for stability. Choosing Winners and Losers

Prevented increased fuel costs from an arbitrary petroleum use cutback proposed in 2015 (SB 350).

Stopped proposals in 2013 leading to fuel and gas price increases due to moratoriums on hydraulic fracturing (AB 1301, AB 1323) or an oil and gas severance tax discouraging production in the state (SB 241).

Stopped proposals in 2012 leading to fuel price increases, including two that increased energy costs by allocating funds from an illegal tax to various programs that are not needed to cost-effectively implement the market-based trading mechanism under AB 32, the state’s landmark climate change law.

Preventing electricity cost increases by stopping in 2011 an eight-year extension of a tax (public goods charge) on electricity ratepayers in the territories of the investor-owned utilities (AB 724, SBX 1 28).

Aggressive campaigning and advocacy by CalChamber-led coalitions dampened enthusiasm for tax increases and new taxes, including an energy tax that raises the price of gasoline and California-produced crude oil. 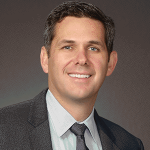