One of the ongoing debates is “apportionment” and how this affects the benefits awarded for a workers’ compensation injury. Multiple bills on this issue in the past have failed, primarily due to Governor Edmund G. Brown Jr.’s veto. With the new administration, it is likely similar bills will be introduced and pushed this legislative session.

California’s workers’ compensation system is a 100-year-old, constitutionally guaranteed system that provides workers the right to compensation for workplace injuries. This compensation includes medical treatment to “cure and relieve” the injury and, when appropriate, indemnity benefits in the form of temporary or permanent disability.

The system is rooted in an agreement between employers and employees, sometimes referred as the “The Grand Bargain,” where employers accept responsibility for all injuries and illnesses that occur in the course and scope of employment, even when they would otherwise have no legal liability. The workers, in exchange for the guaranteed coverage, relinquish the right to sue their employers in civil court.

The system is not without controversy, however, as employers and employees often disagree about numerous issues related to workers’ compensation, including course and scope of employment, future medical, and what constitutes a reasonable accommodation.

Some workers may suffer multiple workplace injuries over the course of a career. The California workers’ compensation system was designed to cure and relieve injuries that occur at work. But workers’ compensation law holds employers liable only for the portion of the employee’s disability that was caused directly by the current work-related injury. A physician must determine the approximate percentage of the disability caused by the current work-related injury and that percentage determines the amount for which the current employer is liable. This is known as apportionment.

Notably, apportionment applies only to liability for permanent disability. Temporary disability benefits, medical costs and medical care cannot be apportioned to prior injuries or conditions to lessen the employer’s liability for these benefits. Thus, regardless of the apportionment for the permanent disability award, the employee still will receive medical care so long as the injury arises out of or occurs during the course and scope of employment.

Apportionment of permanent disability claims has been part of the system since the Workmen’s Compensation Insurance and Safety Act was adopted in 1917. Courts have long applied the principle. From 1932 until 1968, apportionment was essentially the same as it currently is. However, from 1968 until 2004, apportionment of a permanent disability was essentially nonexistent. See Brodie v. Workers’ Compensation Appeals Board (2007) 40 Cal. 4th 1313.

During this time, the courts rejected apportionment of a single disability with multiple causes, holding that there was no valid basis for apportionment to pre-existing conditions or contributing causes if that contributing factor was not labor disabling in and of itself. See Raymond F. Correio, Apportionment: Case Law Update Focusing on Themes, Trends, and Problem Areas (January 2017 Edition), as published by the Department of Industrial Relations.

This all changed in 2004 when Governor Arnold Schwarzenegger signed into law SB 899 (Poochigian; R-Fresno), supported by the California Chamber of Commerce. SB 899 reformed numerous Labor Code provisions, including Labor Code Section 4663 regulating apportionment. The changes made to Labor Code Section 4663 once again permitted apportionment of permanent disability, re-establishing the precedent set during the prior 36-year period from 1932 through 1968.

Per SB 899, Labor Code Section 4663 requires doctors who prepare a report addressing the issue of permanent disability to include an apportionment determination. The underlying intent of the legislation was that the employer would be charged only for liability of permanent disability that was caused directly by the industrial injury. Benefits such as medical care and temporary disability still are payable without apportionment.

The California Supreme Court issued a decision in Brodie, which described the impact of SB 899. See Brodie v. Workers’ Compensation Appeals Board (2007) 40 Cal.4th 1313. The court summarized the implication of SB 899 and Labor Code Section 4663 by stating, “…the new approach to apportionment is to look at the current disability and parcel out its causative sources, nonindustrial, prior industrial, current industrial, and decide the amount directly caused by the current industrial source. This approach requires thorough consideration of past injuries, not disregard of them.” Brodie 1328.

Why Is Apportionment Litigated?

The Labor Code requires physicians to utilize the American Medical Association (AMA) Guides to the Evaluation of Permanent Impairment (5th Edition). See Labor Code Section 4660.1. The courts also have provided guidelines requiring that a medical opinion must: 1) be framed in terms of reasonable medical probability; 2) not be speculative; 3) be based on pertinent facts and on an adequate examination and history; 4) set forth reasoning in support of its conclusions; and 5) explain how and why the apportionable factor is responsible for the disability. See Escobedo v. Marshalls (2005) 70 Cal. Comp. Cases 604.

Thus, determining what percentage of an injury is or is not work related is highly dependent on the judgment of an evaluating physician, which can result in disputes. Although disagreement over a medical opinion is not a new concept, in workers’ compensation, it creates vast amounts of litigation because workers, employers and Workers’ Compensation Appeals Board judges do not always think that physicians properly apportion the permanent disability based on the AMA Guides and legal precedent.

Despite the controversy that arises from the opinions of the evaluating physician, apportionment remains an essential part of the workers’ compensation system because it ensures that employers are not held liable for a permanent disability caused by an injury that is unrelated to the work or which occurred at another place of employment.

In summary, apportionment “comports with logic, common sense, and medicine in that with respect to any disability or impairment there may be multiple contributing causes and not one cause.” See Raymond F. Correio, Apportionment: Case Law Update Focusing on Themes, Trends, and Problem Areas (January 2017 Edition), as published by the Department of Industrial Relations.

Apportionment and the Legislature

Despite the essential role of apportionment, over the last several years, there have been multiple attempts by the Legislature to challenge the principles of apportionment. Most of these pieces of proposed legislation undermine the employer’s use of apportionment when determining liability. In addition, they would increase litigation and raise costs for employers while not providing additional protections to employees that are not already afforded under the law. This is not an exhaustive list, but a compilation of some of the more significant pieces of legislation attempted over the last several years, which include the following:

• SB 1115 (Migden; D-San Francisco) in 2008 and AB 1155 (Alejo; D-Salinas) in 2011 both sought to prohibit discrimination in the workers’ compensation system based on protected classes. Governor Brown vetoed both bills. In his veto message to AB 1155, Governor Brown stated: “The courts already recognize that apportioning a disability award to any of these classifications is antithetical to our state’s non-discrimination policies… This bill would not change existing law as interpreted by the courts to date. This bill would, however, generate new litigation over questions of whether it is intended to change existing interpretations.”

• In 2018, AB 479 (Gonzalez Fletcher; D-San Diego) would have required that, if an employee sustains an injury arising out of and in the course of employment resulting in breast cancer, specified impairments had to be considered, including the presence or absence of the organ, skin disfigurement, and pain, among other things. The bill also would have prohibited childbearing age from being a determining factor when determining impairment for breast cancer. This is a concern for the workers’ compensation community because it creates systemic instability, which Governor Brown addressed in his veto message.

In vetoing AB 479, Governor Brown noted, “This bill and its predecessors have repeatedly singled out specific conditions and proposed a special set of rules that apply to them. This would result in an even more complex workers’ compensation system that would essentially be ‘disease by statute,’ which would ultimately burden injured workers seeking quick resolution to their claims.”

The Governor did, however, direct the Division of Workers’ Compensation Administrative Director to contract with an outside, independent research organization to undertake an evidenced-based evaluation of the issue.

• Finally, SB 899 (Pan; D-Sacramento) in 2018 would have excluded race, gender, and national origin as factors that can be used in an apportionment determination. The purpose of SB 899 was to essentially codify Governor Brown’s prior veto messages addressing apportionment based on protected classes where he stated, “The courts already recognize that apportioning a disability award to any of these classifications is antithetical to our state’s non-discrimination policies.”

There is concern that the sentiments expressed by Governor Brown have been challenged by the recent court decision in City of Jackson v. Workers’ Compensation Appeals Board (2017) 11 Cal.App.5th 109. However, the Governor still vetoed SB 899.

Given the change in gubernatorial leadership and the current partisan makeup of both legislative houses, there is no doubt that apportionment will be the subject of many future pieces of legislation.

Apportionment is essential to ensure that employers are not held liable for a permanent disability award that is not related to the work or which occurred at another place of employment. Apportionment is simply a fairness standard that helps keep some of the workers’ compensation costs down. The ultimate goal is a balanced workers’ compensation system that efficiently provides timely and fair benefits to injured workers and minimizes administrative and frictional costs to employers. 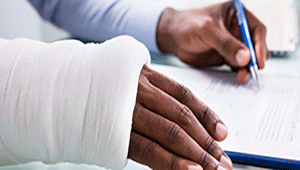 Workers’ Compensation Insurance Is Not Optional 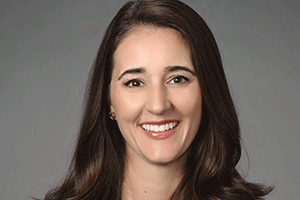 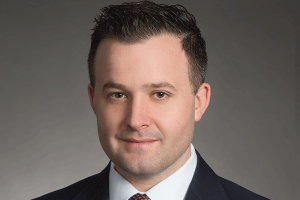