Economic Success Story Can Continue with Careful Crafting of Policies

California’s multibillion-dollar travel industry is a vital part of the economy at the state and local levels. Travelers in California spent more than $132 billion in 2017, reinforcing the tourism industry as one of the state’s economic success stories, contributing to both the national and state economies.

Tourism supports more than 1 million jobs in California, primarily in retail and service firms, including lodging establishments, restaurants, retail stores, gas stations, and other types of businesses that sell products and services to travelers. The money that visitors spend on various goods and services while in California produces business receipts at these firms, which in turn employ California residents and pay their wages and salaries.

State and local government units benefit from travel as well to the tune of almost $11 billion in state and local tax revenue in 2017. The state government collects taxes on the gross receipts of businesses operating in the state, as well as sales-and-use taxes levied on the sale of goods and services to travelers. Local governments also collect sales-and-use taxes generated from traveler purchases and property taxes paid by travel-related businesses.

California has the nation’s largest tourism industry with more than 100 tourism business districts. The following statistics reported by the California Travel and Tourism Commission (Visit California) demonstrate the significant impact of tourism on the state’s economy. This data represents activity in 2017 (most recent data available):

• $6 of every $10 spent at local visitor destinations was attributable to residents of other states and countries.

• The gross domestic product (GDP) of the California travel industry represents about 2.5% of the total GDP of the state.

The travel and tourism industry is vital to the California economy by creating jobs, and generating revenue for the state and local jurisdictions. The state should continue to support the industry through prudent policies and legislation. In 2018, threats to California tourism arose in the form of the following two bills:

• AB 2571 (Gonzalez Fletcher; D-San Diego) was an attempt to address perceived wage inequities in the hospitality industry, but instead would have exposed those companies to costly and unwarranted lawsuits. The bill sought to publicly shame certain hospitality companies, including hotels in which public employee retirement systems invest, by forcing them to submit an annual report subject to public review disclosing employee wage information according to gender, ethnicity and race; sexual harassment lawsuits filed by employees; and settlements of sexual harassment cases. The bill did not pass out of the Assembly Public Employees, Retirement and Social Security Committee.

• AB 1761 (Muratsuchi; D-Torrance) sought to require all lodging establishments, hotels and motels to provide panic buttons to all employees working alone with a goal of protecting those employees from sexual harassment and assault. The bill also created additional unworkable requirements for paid leave, workplace accommodation, and allowed for a patchwork of state and local rules. In its early form, the bill created a blacklist of hotel guests accused, but not found guilty of, sexual harassment or assault of hotel employees. The bill failed to pass the Senate Appropriations Committee.

Both 2018 bills were sponsored by the labor union UNITE HERE, Local 11, which represents workers in the hospitality industry. Local 11 is an affiliate representing 29,000 workers in hotels, restaurants, airports, sports arenas and convention centers throughout Southern California and Arizona.

In public hearings, the union estimated that the majority of its members who are hotel housekeepers have faced sexual harassment on the job; however, this estimate is unsubstantiated. The union also argued that panic buttons will protect employees working alone from such incidents.

Seen in the broader context beyond just the policy, unions often advance local ordinances as an organizing tool to increase union membership. Although many hotels across the nation are adopting panic buttons for workers in an effort to protect worker safety, local ordinances continue to be considered around the state, including Long Beach, Anaheim and Sacramento. Some local ordinances also include other unrelated provisions, such as limits to the number of rooms cleaned by hotel housekeepers.

Similarly, while gender pay inequality continues to drive legislation to expose and address any unlawful gender gap, little evidence exists of a rampant problem in the hospitality sector. Legislation aimed at shaming employers in this industry also is used often as leverage against employers in collective bargaining agreements and union membership organizing.

While wage equity and sexual harassment are serious concerns, any proposed policies need to be drafted properly to address the underlying issue without unnecessarily harming the industry and California’s economy. Pursuing policies for ulterior motives, such as organizing efforts, could ultimately hamper California’s booming tourism industry.

The California Chamber of Commerce promotes policies that increase and protect travel and tourism within and to the state to continue to stimulate the economy and provide jobs to Californians. The CalChamber:

• Supports rational, data-based policies that establish statewide standards, rather than create a patchwork of differing rules around the state.

• Supports continued funding for Visit California through voluntary self-assessment (established by AB 2592 of 2006) and continues to work with Visit California to ensure the enhanced promotion of California’s travel and tourism industry in order to remain competitive in the tourism market.

• Supports tax policy that encourages travel to the state for business and pleasure.

Article written by Marti Fisher, CalChamber policy advocate, before her retirement at the beginning of 2019. 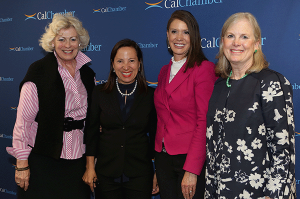 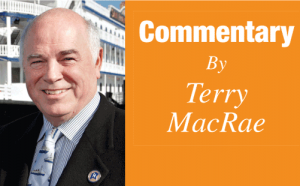