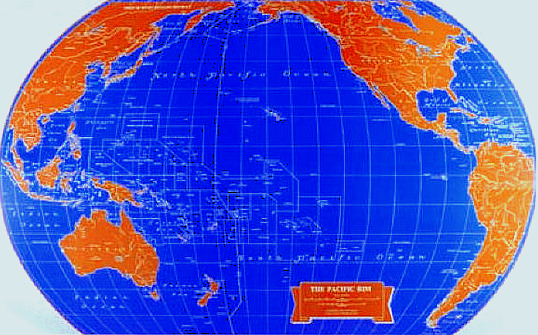 The Comprehensive and Progressive Agreement for Trans-Pacific Partnership, or CPTPP, came into force on December 30, 2018 for Australia, New Zealand, Canada, Japan, Mexico and Singapore, with Vietnam follows on January 14, 2019. Brunei, Chile, Malaysia and Peru will begin 60 days after they complete their ratification process. The agreement creates the third largest free trade area in the world by GDP.

Eleven Pacific Rim countries signed the revised Trans-Pacific Partnership on Thursday afternoon, March 8, 2018 in Santiago, Chile finalizing the trade and investment agreement just over a year after the American withdrawal left its fate in question.

The pact, renamed the Comprehensive and Progressive Agreement for Trans-Pacific Partnership (can be abbreviated as CPTPP or TPP-11), retains all of the tariff reductions and eliminations from the original version signed in 2016 by the 11 nations and the U.S. It suspends 22 other provisions, including some intellectual property rules.

The CPTPP will reduce tariffs in countries that together amount to more than 13 percent of the global economy – a total of $10 trillion in gross domestic product. With the United States, it would have represented 40 percent.  Even without the United States, the deal will span a market of nearly 500 million people, making it one of the world’s largest trade agreements.

For more info on the CPTPP signing.

The TPP was the best chance to ensure that the United States is in the game in Asia.  The lame duck Congress did not approve TPP in 2016 as hoped, and the new Trump Administration pulled the U.S. out of the TPP.

The U.S. is falling behind in the Asia-Pacific Region, which is the world’s most dynamic economic region. During the past decade growth in U.S. exports to Asia has lagged overall export growth. The United States is gradually losing market share in trade with Asian countries. Asian countries have negotiated more than 160 trade agreements among themselves, while the United States has signed only three with regional countries (South Korea, Singapore and Australia). Many U.S. manufacturers and farmers are being displaced by local competitors or firms based in the EU or Australia, which are forging their own preferential trade deals across the region. As Asian production chains have expanded to meet booming regional demand, U.S. suppliers of intermediate goods are being left behind. In short, Asian nations are designing a new architecture for trade in the global economy’s most dynamic region – threatening to draw “a line down the middle of the Pacific.”

The TPP was negotiated as a single undertaking that covers all key trade and trade-related areas. In addition to updating traditional approaches to issues covered by previous free trade agreements, the TPP 12 included new and emerging trade issues. TPP 12 put American workers first by establishing the highest labor standards of any trade agreement in history, helping small and medium-sized businesses benefit from trade, promoting anticorruption and transparency, and protecting U.S. workers from unfair competition. All of the negotiating 12 countries also had agreed to adopt high standards in order to ensure that the benefits and obligations of the agreement are fully shared.

One of the objectives of the Trans-Pacific Agreement is to create a trade agreement that could be seen as a model within the Asia-Pacific region and could potentially attract new members. The agreement is open to accession “on terms to be agreed among the parties, by any APEC economy or other state”.

They also noted that the Trans-Pacific Partnership is reinforcing the Asia-Pacific Economic Cooperation (APEC) goal of promoting regional economic integration and that it could serve as a potential way to build towards the Free Trade Area of the Asia Pacific.

Accession to the agreement will be possible after completion of the TPP with the current members. Other APEC member countries will be able to join or “dock” on to the TPP agreement at a later date without the right to amend the text. These negotiations are expected to take several years.

On November 14, 2009, during his first trip to Asia as President of the United States, President Barack Obama announced the United States’ intention to engage with the Trans-Pacific Partnership countries to shape a regional agreement, with the objective of shaping a high-standard, broad-based regional pact helping to expand U.S. exports, saving and creating good U.S. jobs.

In November 2011, at the APEC meetings in Hawaii, Japan, Mexico and Canada expressed interest in joining the Trans-Pacific Partnership negotiations and were welcomed by the US.

The Trans-Pacific Strategic Economic Partnership Agreement (TPP) was signed by New Zealand, Chile, Singapore and Brunei in the summer of 2005.

Following the passage of implementing legislation and regulations in March and April 2006, the Trans-Pacific Agreement entered into force on May 1, 2006 for New Zealand and Singapore, Brunei on June 12, 2006 and entered into force for Chile on November 8, 2006.

In their 2008 discussions, the Ministers emphasized the importance of the Trans-Pacific Partnership Agreement as a vehicle for Trans-Pacific-wide economic integration. This regional agreement sets a high standard that will enhance the competitiveness of the countries that are part of it and help facilitate trade and promote investment between them, increasing their economic growth and development.

As part of the original outcome of negotiations in 2005 it was agreed to begin negotiations on financial services and investment within two years of entry into force. Those negotiations began in March 2008, with the United States participating while it considered whether to enter into negotiations to join the Trans-Pacific Agreement on a comprehensive basis.

As an alternative to the TPP, the Regional Comprehensive Economic Partnership (RCEP) is a proposed Free Trade Agreement with ten ASEAN member states-(Brunei, Burma (Myanmar), Cambodia, Indonesia, Laos, Malaysia, the Philippines, Singapore, Thailand, Vietnam) and the six states with which ASEAN has existing FTAs (Australia, China, India, Japan, South Korea and New Zealand). RCEP negotiations were launched in November 2012 and could conclude in 2017. If TPP fails and the RCEP succeeds, then it will become the sole foundation for economic integration in the region.
RCEP includes more than 3 billion people or 45 percent of the world’s pop – combined GDP of about $21.3 trillion, accounting for about 40 percent of world trade.

The RCEP would be expected to grow to over $100 trillion by 2050, roughly double the project size of TPP economies. It would be the biggest free-trade agreement in the world, but without the United States or any membership from the Americas.

Statement by the President on the Signing of the Trans-Pacific Partnership
White House, February 3, 2016

Statement by Ambassador Froman on the release of the Trans-Pacific Partnership Text
USTR, November 5, 2015

Statement by the President on the Trans-Pacific Partnership
White House, October 5, 2015

The Economic Effects of the Trans-Pacific Partnership

The large and growing markets of the Asia-Pacific already are key destinations for U.S. manufactured goods, agricultural products, and services suppliers, and the TPP will further deepen this trade and investment.  U.S. Trade Representative Michael Froman noted in May 2016 that, “though the U.S. International Trade Commission took a more narrow approach in their projections, they found that U.S. exports to TPP countries will increase by $57.2 billion annually by 2032 if TPP is passed and that overall U.S. real income will increase by $57.3 billion annually by 2032.” In contrast, the non-partisan Peterson Institute estimated in its January 2016 study that access to the Asia-Pacific region could increase U.S. exports by $357 billion annually by 2030 and overall U.S. annual real income by $131 billion annually by 2030. Furthermore, delaying the passage of TPP for just one year would cost the U.S. economy $94 billion. Annual income gains by 2030 will be $492 billion for the world. While the United States will be the largest beneficiary of the TPP in absolute terms, the agreement will generate substantial gains for Japan, Malaysia, and Vietnam as well, and solid benefits for other members.

In April 2016, Secretary of State John Kerry said, “Ultimately, this whole debate — about TPP, T-TIP, trade generally — comes down to a fundamental question: Will we bind our nation closer to partners and allies in the Asia Pacific and Europe, and strengthen our existing and emerging relationships in key markets and regions? Or will we pull back from our role as the indispensable global leader and leave others to fill the void, and delude ourselves into somehow believing that will make us safer?”

The California Chamber of Commerce, in keeping with long-standing policy, enthusiastically supports free trade worldwide, expansion of international trade and investment, fair and equitable market access for California products abroad and elimination of disincentives that impede the international competitiveness of California business.

New multilateral, sectoral and regional trade agreements ensure that the United States may continue to gain access to world markets, resulting in an improved economy and additional employment of Americans.

The California Chamber of Commerce supports new countries joining TPP with participants complying with current international norms and obligations, and committing to the high standards currently being negotiated for trade and investment, as well as, intellectual property protection and enforcement.

Agreements like this would ensure that the United States may continue to gain access to world markets, which will result in an improved economy and additional employment of Americans.

Reengaging the Asia-Pacific on Trade: A TPP Roadmap for the Next U.S. Administration
Asia Policy Institute, September 30, 2020

How the Trans-Pacific Partnership will Benefit California
USTR, November 5, 2015

The TPP Agreement: An Opportunity for California
Business Roundtable