InvestChile, the Chilean Agency for the Promotion of Foreign Investment, opened a new office in San Francisco in October 2017, Check it out Here!

Chile has signed free trade agreements with all the nations of the eleven-member Trans Pacific Partnership, plus the United States. Chile was the first country in South America to join the OECD, becoming a member in 2010 (OECD).

Since the U.S.-Chile Free Trade Agreement was implemented on January 1, 2004, bilateral trade between Chile and the United States has nearly quadrupled and both trade and investment opportunities abound. Upon entry into force of the U.S.-Chile Free Trade Agreement (FTA) in 2004, 80 percent of U.S. consumer and industrial goods exports to Chile immediately became duty free. Tariffs on the remaining products were phased out, with 100 percent of products duty free in 2015. U.S. Department of Commerce April 2014 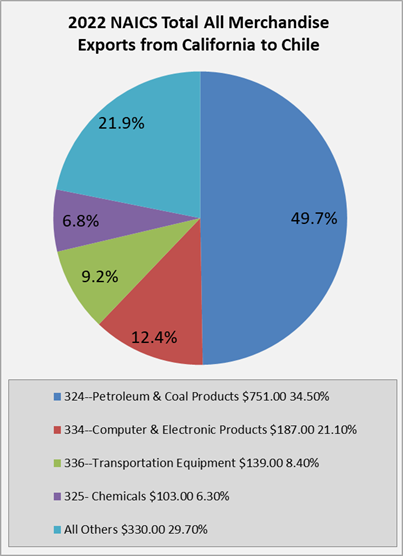 Imports to the U.S. from Chile totaled $10.113 billion in 2020. Top imports from Chile to the United States include primary metal manufacturing (29.1%), agricultural products (17%), other animals (13.6%), and wood products(9.2%). Nearly 12,000 US firms export approximately 5,000 different products to Chile. Over 2,000 Chilean firms exported as many different products to the US. US foreign direct investment (FDI) in Chile totaled $25.08 billion in 2019, and Chilean FDI into the US totaled $3.43 billion in the same year. This makes Chile the 3rd fastest growing source of FDI in the U.S. in 2019. Chilean FDI supports about 8,3000 jobs in the U.S. Chilean FDI into the U.S. invested $1 million into research. The top industries that received FDI from Chile were food and beverages, financial services, software & IT services, business services, metals, and medical devices (Select USA).

According to the American Chamber of Commerce in Chile, over 300 US companies have investments in Chile, with over 40 of them using Chile as a platform for services in the region. Chilean affiliates of US direct investors are estimated to employ over 58,500 people and their value-added contributed 3.2 percent to Chile’s gross domestic product.

Chile is nearly twice the size of California and home to nearly 19 million people and renowned copper mines. In 2003, the Chilean economy began to recover after a 1999 slump, reaching a 3.3 percent growth in real GDP. According to the most recent figures, Chile, has a GDP of $282 billion. Since 1990, there has been more than $50 billion in direct foreign investment in Chile. Chile has the most stable and fastest growing economy in the region which puts it in the best position to promote democracy and political freedom. Chile has 26 trade agreements, of which 25 have entered into force, covering 65 different markets and 88% of the world’s GDP (ITA).

Leftists Scored Big Victory in Chile, but Venezuela’s Maduro is Celebrating too Soon
Miami Herald, May 19, 2021

Largest Copper Mine in the World to be Powered 100 Percent by Clean Energy (in Spanish)
El Comercio, October 8, 2019

Joint Declaration Chile – California on Climate Change
On the occasion of the opening of the 70th session of the United Nations General Assembly, the President of the Republic of Chile, Ms. Michelle Bachelet, and the Governor of California, Mr. Edmund G. Brown Jr., have highlighted the important achievements accomplished as a result of the long-standing cooperation between the Republic of Chile and the State of California.
Government of Chile, Office of Governor Brown, September 25, 2015

Chile is an important partner with the U.S.-Chile Free Trade Agreement implemented on January 1, 2004. According to the U.S. Travel Association, visitors from Chile to the U.S. spent more than $5,000 per trip in 2012.

Trade Nearly Quadruples in 10 Years After Signing of U.S.-Chile Agreement

(June 8, 2014) Ten years after the implementation of the U.S. Chile Free Trade Agreement (FTA), bilateral trade between Chile and the United States has more than quadrupled and both trade and investment opportunities abound.

Under the FTA, which was signed January 1, 2004, 80% of U.S. consumer and industrial goods exports to Chile immediately became duty free. Tariffs on the remaining products have been nearly phased out, with 100% of products set to be duty-free by 2015. 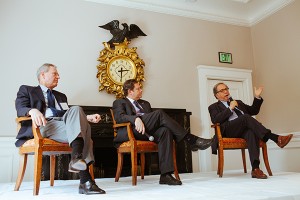 California trade with Chile also has increased exponentially, a fact noted at the recent gathering of the Chile-California Council, a nonprofit organization that promotes mutually beneficial relationships and knowledge sharing between Chile and California in both the private and public sectors.

Susanne Stirling, California Chamber of Commerce vice president of international affairs, is a member of the Chile-California Council, and attended the council’s 4th Anniversary Celebration, May 22–23 in San Francisco.

The council was pleased to welcome two distinguished guests: Ambassador Juan Gabriel Valdés, the Chilean ambassador to the United States, and Ambassador Michael Hammer, the U.S. ambassador to Chile.

The meeting focused on the challenges Chile and California face, as well as strategic areas for long-term collaboration.

Moderating the discussion by the ambassadors was council Chair Lovell Jarvis, a professor at the University of California, Davis, and director of the Richard Blum Center for Developing Economies at UC Davis.

Chile and California renew an agreement for mutual collaboration – April 19, 2013

The Chile-California Council met in San Francisco on Friday, April 16, 2011 for their first working session. This is a group of 25 individuals from Chile and California representing business, government, academia, the arts, education and science. Chile and California have rich histories and much in common. They share anecdotes of fortune and poverty caused by the Gold Rush. They are natural partners due to geographical similarities, reverse agricultural seasons, and location along the Pacific Rim.

A shared history of cooperation has existed since the 1960s and 1970s within the framework of the Alliance for Progress initiated by the United States. Replacing the assistance model with partnership, both have launched the plan: Chile-California, a strategic association for the 21st Century. The three key initiatives are development of human capital, increase in trade and investment opportunities, and promotion of research and development. The most effective areas for cooperation will be: renewable energies, entrepreneurship and innovation, seismology, astronomy, information technologies, bio-technology, education, culture, agriculture, green initiatives, tourism, motion picture industry, water resource management, infrastructure, and scholarships for internships and college/ university studies.

By intensifying collaboration within these areas, institutions, organizations, universities, research centers, corporations and national individuals will strengthen the bonds of friendship as well as economic, business, technological and educational activities which will result in mutual benefit.

The all-day session was opened by Ambassador Fernando Schmidt, Chile’s undersecretary for foreign affairs, and the Chilean Ambassador to the United States, Arturo Fermandois. Agustin Huneeus of Quintessa Winery serves as Chair of the Council. Mrs. Susanne Stirling, Vice President of the CalChamber is also a member of the Council.
Chile California Newsletter – Sept/Oct 2012

History
In June, 2008, President Bachelet signed an MOU with Governor Schwarzenegger of California, marking the start of a program called “Chile-California Plan: A Strategic Association for the 21st Century.” The association is based on the joint commitment of Chile and California to develop business opportunities, expand research and teaching in education, and develop projects in different areas that are strategic for both territories: human capital, education in environmental issues, energy, agriculture, information and communications technologies and trade. There are three top areas that have been determined to be key areas for initial promotion and coordination: human capital, research and development, and trade and business.

It is anticipated that the Plan will generate opportunities for the development of innovative international exchange models and public-private networks in government, business and academic fields.

DuocUC is one of the largest and most important higher education institutions in Chile, with 64.000 full time students and 9 schools with more than 72 programs. Its 14 campuses are located in the three most developed regions of Chile. These 9 Schools at DuocUC are: Engineering, Informatics and Telecommunications, Communication, Design, Health, Business Administration, Natural Resources, Construction and Tourism.

DuocUC was founded by Pontificia Universidad Católica de Chile in 1968 and is currently part of the network of this recognized and prestigious University. In 2010, Duoc UC obtained 7 out of 7 years of institutional accreditation from the National Commission of Accreditation (CNA), which confirmed the soundness of its project and its relevance among the higher education institutions in Chile. Furthermore near 76% of its study programs have an average of over 5 years of accreditation and more than 50% of them for periods of 6 or 7 years a unique achievement in the Chilean higher education system. Through its 2-year and 4 year-long degrees, DuocUC offers industry-focused programs. It provides a stimulating learning environment and state-of-the-art facilities that paves the way for professional and academic success.

The mission of the Chile Pacific Foundation is to support the economic, cultural and social integration of Chile into the Pacific Basin.

The Chile-California Council met for their annual board meeting to discuss ways to further connect the Chile-CA community. Susanne Stirling, the VP of International Relations attended the meeting to represent the CalChamber. 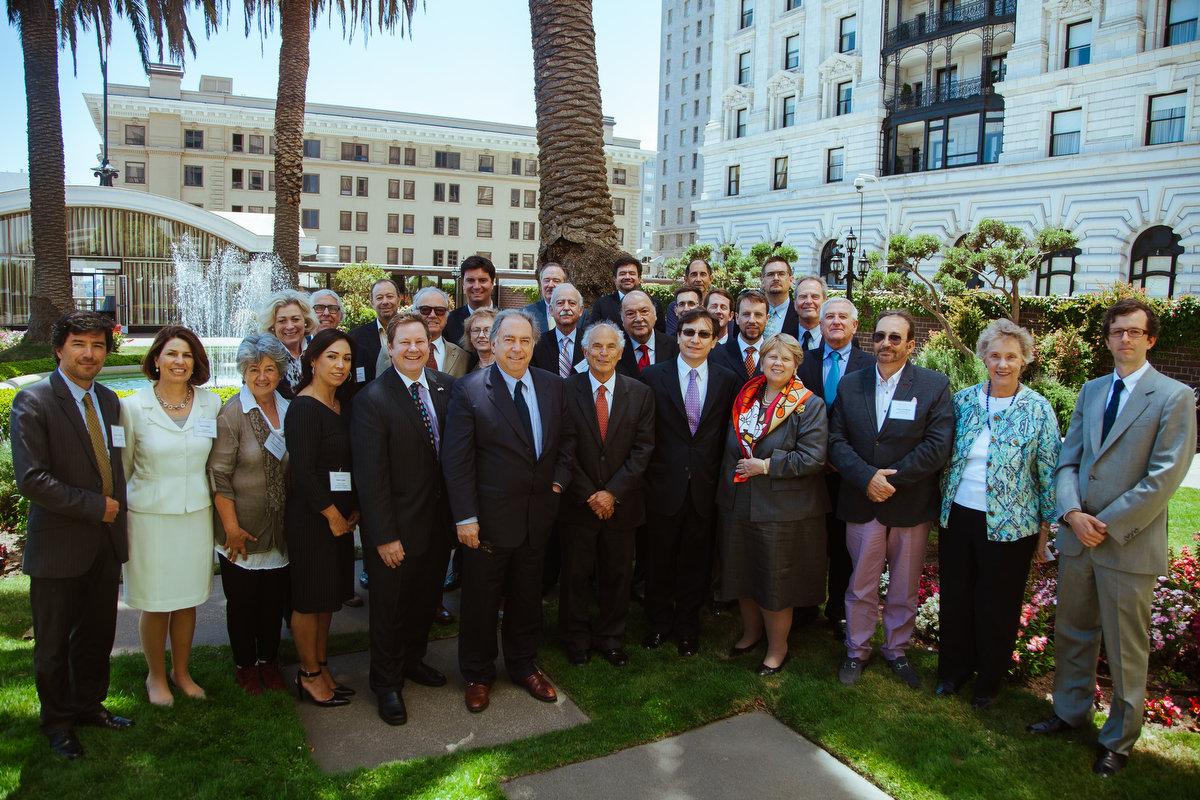 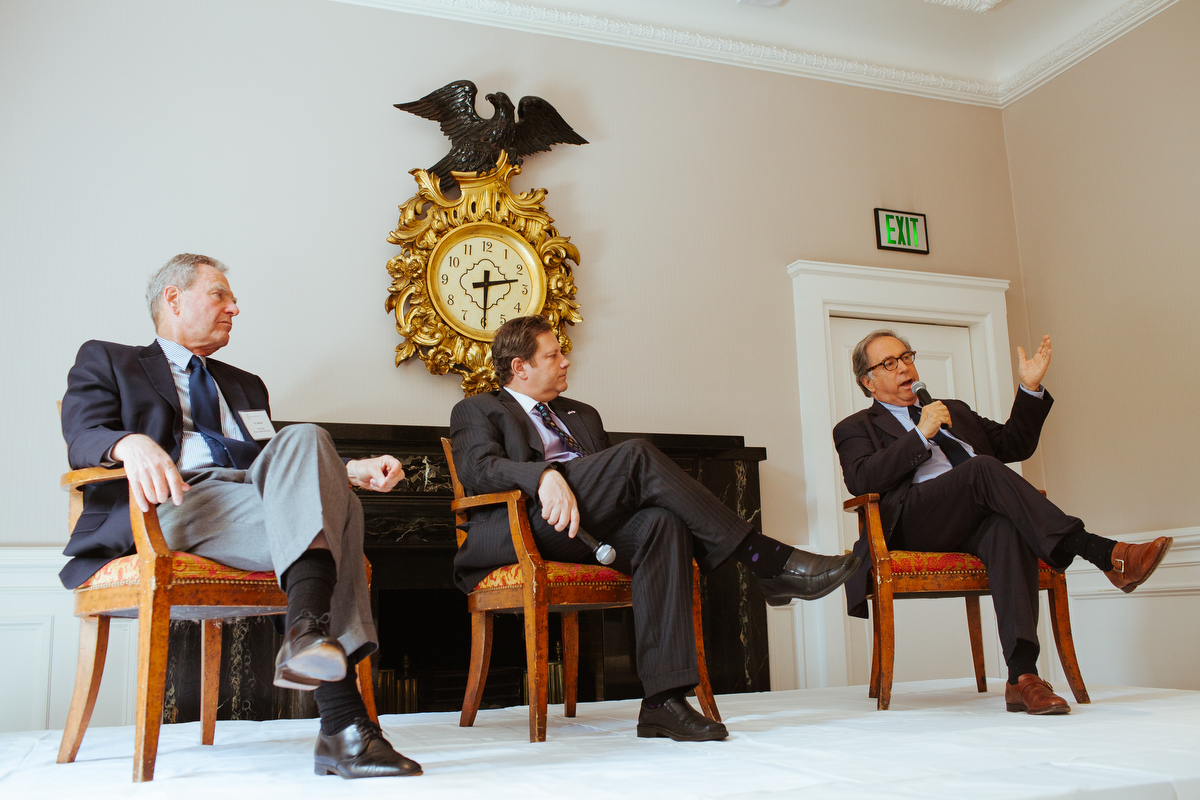 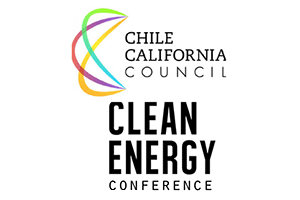