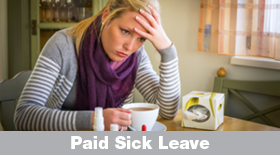 All six cities also have their own minimum wage ordinance.

When state and local paid sick leave laws conflict, employers should follow the requirement that is more generous to employees. 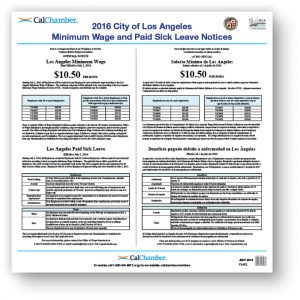 Two resources that can help employers sort out the paid sick leave requirements set by local ordinances are available to California Chamber of Commerce members through the HRCalifornia website.

• The “Local Minimum Wage and Paid Sick Leave Ordinances” chart, listing the cities with paid sick leave and minimum wage requirements and including links to the city websites.

•A comparison of requirements of “California State and City Paid Sick Leave Laws,” prepared by Fox Rothschild LLP, attorneys at law. The chart provides an overview of subjects such as which employees are covered, excluded employees, permitted uses of the paid sick leave, covered family members, accrual methods, accrual caps, carry over, use increments, notice requirements for employees and employers, doctor’s note or required documentation, record retention requirements, and enforcement.

Nonmembers can sign up for a free trial of HRCalifornia at www.hrcalifornia.com/freetrial.