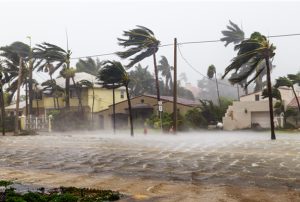 A “brutal” storm system battered northern California this week, killing at least two people and causing significant flooding and erosion, as a band of heavy rain and wind gusts upwards of 100 mph tore through the state—and more rain is on the way.

Nearly 60,000 California homes and businesses remain without power Friday morning, according to poweroutage.us., down from the nearly 200,000 that lacked electricity in the immediate aftermath of the storm on Thursday.

In northern California, a child under two years old died when a tree collapsed on a house, while a 19-year-old was killed after her car hydroplaned into a utility pole, raising the death toll from recent storms in the state to six, after four were killed in a New Year’s Eve storm.