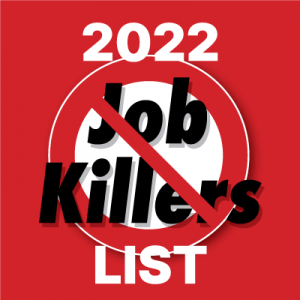 According to a letter sent by the coalition to the Assembly Appropriations Committee yesterday, “AB  1400 and ACA 11 would create a new and exorbitantly expensive government bureaucracy…ultimately resulting in significant job loss to California.”  The Assembly Appropriations Committee is expected to hear AB 1400 today. The companion bill, ACA 11, is yet to be brought forward for a vote.

In their letter, the coalition points out that similar past proposals have been estimated to annually cost more than $400 billion, which is a financial commitment four times that of Medi-Cal.

“Successfully standing up a new function that would be twice the size of the existing state budget is highly doubtful, given the state’s recent experience with benefit delays and massive fraud in the unemployment system,” the letter states.

CalChamber Policy Advocate Preston Young, who is leading the coalition, has stated that the taxes needed to fund single payer health care outlined in ACA 11 will significantly impact nearly all of California’s employers. According to the Tax Foundation, ACA 11 would increase taxes by $12,250 per household annually.

The proposals outlined in AB 1400 and ACA 11 would represent the biggest tax increase in state history, punishing Californians as a whole by increasing personal income taxes, payroll taxes, and gross receipts taxes. This enormous tax increase would come at a time when California is experiencing a $31 billion surplus, which pales in comparison to the annual expenditures that a government run health system demands. This type of tax increase would likely lead to significant layoffs or relocations, discouraging companies from growing in or relocating to California.

If ACA 11 is enacted, California’s top personal income tax rate for individuals and sole proprietors—already the highest in the country—would increase by 2.5%. Additionally, ACA 11 would implement a payroll tax of 1% of the aggregate amount of wages or other compensation paid by the employer to resident employees in excess of $49,900, and a gross receipts tax of 2.3% on businesses with more than $2 million in gross revenues.

Proponents of the measure recently indicated that the tax increases would likely generate $160–$170 billion annually. Prior versions of similar single payer proposals were estimated to cost more than $400 billion a year, including existing state and federal tax contributions.

California voters have twice rejected a government-run health care system at the ballot box—in 1994 and 2004.

Currently, 94% of Californians have health care coverage in some fashion. A majority of the uninsured population is comprised of undocumented individuals. Governor Gavin Newsom’s budget proposal addresses this very issue and would make California the first state to offer health care coverage for all income-eligible residents regardless of immigration status.

AB 1400 is expected to be heard in the Assembly Appropriations committee today, it will need to pass out of the committee and pass a vote on the Assembly floor by January 31, otherwise the proposal will die. ACA 11 has not yet been brought forward for a vote.

A copy of the coalition letter can be found here.