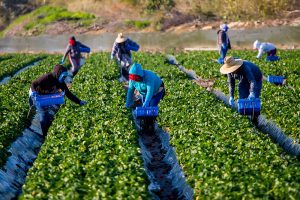 This article was written by William Gould IV and first appeared in CalMatters.

Assembly Bill 616 is misleadingly being portrayed as merely a way to shift farmworker union elections to mail-in ballots. In reality, the bill could deprive California farmworkers of many of their existing rights in choosing whether to form or join a union, including the secret ballot.

The Legislature or the Agricultural Labor Relations Board should provide for genuine mail-in balloting in farmworker union elections in a way that maintains the current protections for farmworkers.

Though the law is badly broken today, California once led the nation in providing for the rights of farmworkers to join unions and engage in collective bargaining when it passed the Agricultural Labor Relations Act in 1975 — and thereby addressed the federal government’s failure to include farmworkers under the National Labor Relations Act of 1935.

Under the California act, farmworkers vote whether to join a labor union through a traditional election process overseen by the state board, with a secret ballot to protect employee free choice. Except where there is employer misconduct, which would warrant reliance upon another mechanism, this should remain the law.

AB 616 would eliminate that process and replace it with a “card check” process that, when mandated by the government (as opposed to voluntary negotiations), removes important democratic protections for farmworkers.

Under AB 616, union organizers will be able to unionize farmworkers using signed postcards without a subsequent election overseen by the Agricultural Labor Relations Board.

AB 616 allows union organizers to choose which farmworkers get postcards and which don’t, effectively deciding who gets to vote and who doesn’t, possibly disenfranchising many farmworkers. Union elections should reflect the same bedrock principle captured by the Voting Rights Act: Workers should get to pick who represents them, not the other way around.

There is no secret ballot because private parties can:

a) select which farmworkers “vote” in the first place,

b) fill out much of the postcard for the worker and

c) are the sole witness to the farmworker’s signature.

An increasing number of states properly recognize mail-in or postal ballots as democratic and particularly vital in the pandemic era of social distancing. But those ballots should be devised, distributed and, if necessary, augmented through appropriate means by the state of California, not private parties as provided for in AB 616.

The Agricultural Labor Relations Board is the appropriate neutral party to handle this responsibility — not private partisans.

Instead, the Legislature should enact or the labor board should promulgate rules providing for genuine mail-in balloting where workers can express their views freely and privately.

Additionally, the governor should convene unions, growers and other interested parties to explore ways through which workers who put food on our tables may know more about the law of collective bargaining so as to achieve dignity, fair wages and job security, and share in California’s bounty. That would be infinitely preferable to the badly flawed AB 616.