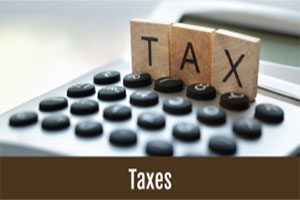 As the 2021 crop of legislation is coming into form and moving through legislative committees addressing a range of topics, one topic is conspicuously absent: aid for California’s deeply insolvent Unemployment Insurance (UI) Fund.

As we all know, California (and many other states) utilized their unemployment insurance systems to new scales in response to COVID-19. Instead of compensation in cases where employers chose to terminate an employee, many employers were compelled to shut down by state and local government mandates and lay off or terminate the employment of their employees as a result.

This wider utilization of UI led to a fundamental change to one of the implicit equities of unemployment — that if an employee is terminated because of their conduct, they don’t get benefits. But if an employer is at fault, they should help with the transition to a new job.

During COVID-19, this causation fell by the wayside, and employers (via the UI Fund) are now on the hook for layoffs caused by the state’s response to the pandemic, not their own conduct.

Although the UI Fund is slightly less in debt than the Employment Development Department’s (EDD) October projections, estimates still show that the UI Fund will sink more than $40 billion into debt by the end of 2021.

As a comparison, the UI Fund’s lowest point after the Great Recession was $10 billion in debt — and California’s employers spent most of the next decade paying off that loan via increased payroll taxes.

With that in mind, unless the state or federal governments provide some relief, California employers are facing a significant tax increase — and that increase will last longer and scale higher than after the Great Recession.

When a state’s UI Fund falls into insolvency for two consecutive years (measured on January 1), the state’s Federal Unemployment Trust Account (FUTA) tax credit is reduced on an annual basis, creating an effective tax increase of 0.3% annually on the state’s UI wage basis. Much like a slowly rising tide, the tax rate rises steadily until it maxes out at 6% of the wage base.

So what does that mean for California? Because California’s fund went insolvent in summer 2020, the tax increases will start in 2023, and will continue until the fund is solvent. In California, the wage basis is $7,000 per employee.

To put that into practical terms — if the fund is solvent, employers pay 0.6% taxes per employee (or $42 per employee) in payroll taxes, but each year the fund remains insolvent, that rate rises by 0.3% (or $21 per employee).

If the fund remains insolvent for enough years that the tax increase maxes out (approximately 18 years), then employers face a per-employee tax of $420 per employee (a 1,000% increase).

Hitting maximum taxes seems likely for California employers, as the state’s UI Fund debt is estimated to reach four times the level of the Great Recession by the end of 2021 — and that much smaller insolvency took just under a decade to repay.

What Are State Legislatures Doing?

Surprisingly, only 20 states (including California) have insolvent UI funds now, which is partially due to many states utilizing some of their CARES Act funding to help repay a portion of their state’s UI Fund. California did not do so, and now leads the pack at roughly $21.8 billion of debt.

To give a sense of scale: New York, the closest competitor at $10.2 billion, isn’t even close. And even New York is an outlier — the majority of states with insolvent funds were $1 billion or less in debt as of April 6, 2021.

Notably, the California Legislature has taken some bipartisan notice of the UI Fund, but that attention appears almost entirely focused on fraud and distribution, not solvency or helping the business community. There are a host of bills (from both parties) aimed at preventing fraud involving incarcerated individuals, improving the deposit methods, and structural reform at the EDD. All are important issues, but again, none directly helping the business community with solvency.

What Can We Expect Federally?

There appears to be little appetite federally for forgiveness or direct assistance to state UI Funds in the Biden administration or among Republicans, but there is one outstanding question: Does the American Rescue Plan (ARP) prohibit states from helping repay a portion of their UI Fund insolvency?

Based on an ambiguity in some of the legislation’s text (prohibiting “indirect” offsetting of tax revenue), many groups (including the California Chamber of Commerce and the U.S. Chamber of Commerce) are concerned that ARP funds in effect prohibit states from providing tax-related aid or incentives.

Assuming clarification is forthcoming — and favorable — California’s politicians will have another opportunity to help the employer community with this unprecedent insolvency.

From a policy perspective, such per-employee taxes are exactly the type of disincentive for hiring that we do not want coming out of this shutdown. But sadly, all employers can do for now is wait and brace for the coming tide of payroll tax increases as consequences of the COVID-19 shutdown come to roost.