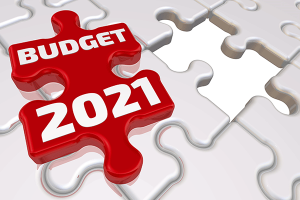 Nobody would have been surprised if Governor Gavin Newsom had presented his new state budget wearing a neck brace. The whiplash from budget boom to bust to recovery must have been intense.

One year ago while the country, and especially California, were flying high economically, the Governor presented a $222 billion budget with an $18 billion surplus. Three months later, the pandemic-fueled recession caused unemployment in California to quadruple, and retail sales cratered. The Governor and Legislature predicted a $54 billion budget deficit and raised taxes, cut spending and borrowed from the future to cover the fiscal hole.

But the Pandemic Recession has been unlike any other economic downturn experienced in the modern era. The economic pain has been real, but it has hit hardest workers in hospitality, tourism and other public-facing businesses. Low-wage and often low-skilled workers in these industries, along with small business owners statewide, have been devastated. The social and community devastation has ravaged these communities, and continues to this day. But not the state budget.

Much of the California economy has been spared because it was able to accommodate to the pandemic’s cruel dichotomy: if your business or job is not dependent on bringing people together, you were likely to remain in business or employed. Millions of Californians changed their place of work to their kitchen table, or continued on the job masked, separated and vigilant.

As a consequence, rather than managing a $54 billion deficit, the Governor is proposing a $227 billion balanced budget with no new tax increases and a $34 billion in reserves and surpluses, which provides record levels of public school funds, increases spending on higher education without any tuition increases, and expands the social safety net.

Indeed, the uncredited engine of the budget recovery are California’s employers and taxpayers, who emptied their pockets of more than $70 billion in taxes (over three years) above what state policy makers anticipated just six months ago.

Top of the Governor’s to-do list is addressing the pandemic and its economic consequences.

He will ask the Legislature to urgently approve this month spending authority to provide immediate relief for struggling individuals, businesses and students, including:

Earlier, the Governor announced his intention to provide additional support and incentives for business retention and relief to accelerate economic recovery and job creation, including:

CalChamber President and CEO Allan Zaremberg welcomed the Governor’s announcement on help for small businesses. “CalChamber looks forward to working with the Governor, the administration and the Legislature to get much-needed relief to California’s beleaguered small businesses, as soon as possible,” he said.

The application for the California Small Business COVID-19 Relief Grant can be found here.

The budget proposal also includes money to improve vaccine distribution, and expand testing and tracing, among other activities.

California’s four-year colleges and universities also received increases in the proposed budget, totaling nearly $800 million. The Governor anticipates no tuition increases at the University of California or California State University this year.

The Governor’s emphasis on housing policy this year will primarily focus on continuing his initiatives on homelessness and continuing to support below-market rate housing. The budget proposes an additional $500 million for low-income housing tax credits to support low-income housing development. The budget also proposes $500 million for “infill infrastructure,” which are subsidies for site remediation or other infrastructure to enable housing construction in urban areas.

Further fleshing out his commitment to ban the sale of internal combustion automobiles in the state by 2035, the Governor proposed $1.5 billion to achieve the state’s zero-emission vehicle goals, including securitizing up to $1 billion to accelerate the pace and scale of the infrastructure needed to support zero-emission vehicles. These funds will be generated from future cap-and-trade revenues.

The budget also includes $1 billion for forest management and fire prevention strategies, to further address California’s notorious vulnerability to catastrophic wildfires. Elements of this plan will include better forest management to improve forest health, more fire breaks and home hardening, and increasing the number of fire suppression crews and aircraft.