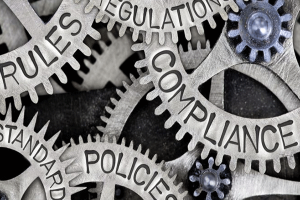 After notable frustration by legislators, including most notably Assemblymember Quirk, Senate Bill 83 (2019) imposed a September 30, 2020 deadline for Cal/OSHA Standards Board to pass new lead standards. As a result of SB 83, we can expect new lead regulations to be passed at or before the Standards Board’s September meeting, based primarily on 2016’s draft language.

Substantively, the new standards will significantly reduce permissible lead exposure in the workplace. The present SRIA draft (which may yet be revised upward based on Dept. of Finance comments), estimates the new regulations will raise costs for the private sector by approximately $248 million in year 1, and then cost approximately $195 million in subsequent years.

In addition to acknowledging likely health benefits, the SRIA also notes that the public sector will also face increased costs of $14 million in the first year, and $12 million thereafter.

Employers should review both the SRIA and the draft text to stay informed and determine to what extend their industry may be affected1.

Despite persistent and acknowledged ambiguities with the present emergency regulations, employers should expect very similar if not identical text to be approved by the Standards Board in the permanent regulation around July of 2020, when the emergency regulations can no longer be extended.

Any employers who missed this issue in 2019 need to review the regulation, begin monitoring AQI for PM2.5 when a wildfire occurs nearby, and acquire N95 respirators to make available for employees (among other requirements)2. Looking forward, Cal/OSHA Division of Occupational Safety and Health staff have already indicated interest in potentially making the existing language more burdensome–including lowering the smoke thresholds that trigger compliance and expanding the regulation to include indoor spaces and vehicle testing.

As a result, employers should prepare to voice their concerns about the costs and ambiguities of this regulation in mid-2020 as the permanent regulation is in front of the Standards Board and thereafter as modifications are considered.

At its January meeting, the Standards Board approved a new regulation requiring California’s employees have access to their employer’s Injury and Illness Prevention Program (IIPP).

The regulation3 requires employers to provide one copy of the IIPP to an employee or their designee, upon request, and notify employees of their right to such a copy. The regulation, though imperfect in a few respects, was not seriously opposed by the employer community.

This long-overdue regulation is waiting on the SRIA, though the financial affects on California’s business community will certainly be significant.

The present text being analyzed4 poses significant obligations for businesses across the state, including requiring businesses where any work area exceeds 82 degrees Fahrenheit (or a heat index of 87 degrees) to reduce the temperature and maintain a “cool-down area.” Notably, this applies regardless of whether the heat is inherent to the area (such as an exceptionally hot day) or workplace–(such as a restaurant kitchen).

Employers should watch for the release and finalization of this SRIA sometime during 2020, but do not expect any Standards Board action until late 2020 at the soonest.

After a federal overhaul of walking-working surfaces went into effect in 2017, Cal/OSHA is attempting to follow suit. Because of the breadth of the federal changes, California’s regulations will be broken into multiple separate rulemaking packages.

First up will be new regulations focused on fixed ladders, with a Standards Board advisory committee set for February. Though a final regulation isn’t likely until 2021, this is only the first portion of the federal regulation that Cal/OSHA will pursue and staff has indicated interest in covering industries that were excluded from the federal regulation, such as the agriculture and maritime industries. As a result, employers in all industries should prepare to weigh in at advisory committees and make their voices heard early as walking-working surfaces regulations pick up speed in 2020 and 2021.

In short, my advice for businesses in California remains the same: keep a careful eye on California’s upcoming regulations at Cal/OSHA (and elsewhere) heading into 2020.