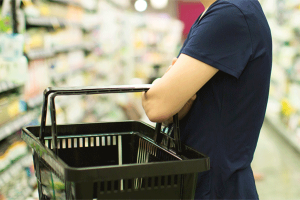 One of the world’s safest and most widely used drugs may soon come with California’s cancer warning.

Tylenol, Benadryl, Dayquil, Midol and Excedrin, just to name a few commonly used over-the-counter (OTC) medicines containing acetaminophen, may soon be required to come with a cancer warning label. That’s of course only if the California Office of Environmental Health Hazard Assessment (OEHHA), the state agency responsible for implementing Proposition 65 and compiling the list of substances that are supposed to cause cancer or reproductive harm, decides to list acetaminophen as a Prop 65 cancer causing substance. Acetaminophen is the key ingredient in more than 600 different prescription and OTC medications to treat fever, allergy, colds, flu, headaches and various other aches and pains.

Despite more than six decades of safe use by millions of people around the world and Federal Drug Administration monographs establishing the safety of many drugs containing acetaminophen, California may soon become the only jurisdiction in the world to warn consumers that drugs containing acetaminophen are known to the state of California to “cause cancer.” In other words, companies will need to provide a Prop 65 cancer warning on these OTC drugs or risk being sued. Whether people actually take the cancer warnings seriously is up for debate, but its exposure and potential repercussions are undeniably wide spread. An estimated fifty million Americans use medicines containing acetaminophen every week.

OEHHA solicited “public information relevant to the assessment of the evidence on its carcinogenicity” to determine whether acetaminophen met Prop 65’s “clearly shown to cause cancer” listing standard. In OEHHA’s September 2019 report, “not a single study demonstrated a causal relationship between acetaminophen and cancer.” It is from this limited and questionable universe of public submissions and studies that the state ultimately determines whether millions of Californians will be warned under Prop 65.

For example, many studies rely upon animal tests where mice are force fed pure acetaminophen for as long as 134 weeks straight. The study then extrapolates the results from mice to the risk in humans. For the limited human studies compiled in the OEHHA report, not a single randomized control trial is referenced and a mix of null and correlated findings are relied upon. In the Danish North Jutland County cohort study for example, they look at the incidence of cancer in two human populations, one group having evidence of a prescription for acetaminophen against a second group that did not have an acetaminophen prescription. The study fails to control for substantial confounding factors including age, gender, genetic variability and the potential OTC acetaminophen usage in the second group or whether the first group was even taking their prescription medicine. In short, the relied upon studies draw many questionable conclusions without substantiated facts showing clear causation between acetaminophen and cancer in humans.

As the state and country struggles to address the spike in addictions to opiates, California officials may take the extraordinary step of requiring cancer warnings on commonly used OTC analgesics (i.e. medication to treat pain). In doing so, the state will inevitably deter some Californians from using safe, effective and non-addictive analgesics.

The Carcinogen Identification Committee (CIC), the agency that advises OEHHA and serves as the state’s qualified experts for determining whether a chemical has been clearly shown to cause cancer, will consider whether to list acetaminophen as cancerous under Prop 65 during its December 5, 2019 meeting.

Another California Desalination Plant Approved — the Most Contentious One Yet