Looking back, 2018 was clearly a solid year for the U.S. economy, with vastly more positives than negatives to reflect on. Acceleration in growth occurred almost across the board, but the greatest contributions came from government and business investment, according to a recent report by the California Chamber of Commerce Economic Advisory Council.

Labor markets also added plenty of jobs last year — and will likely continue to do so in 2019.

Still, public sentiment has turned remarkably grim as we move further into 2019 and there have been a surprising number of predictions calling for a potential recession in the next two years.

Drivers of this pessimism range from the stock market plunge and slow pace of sales in the housing market to fears surrounding the impact of an expanding trade war with China and decelerating global growth. A smattering of recent economic data seems to support such fears, from a dismal showing for retail sales in December to weak employment growth in February.

Despite all the negative sentiment, Beacon Economics sees little reason (still) to change our near-term outlook for the U.S. economy. Most of the current concerns are unfounded in our view.

China is offsetting U.S. tariffs by depreciating the yuan. The slowing of U.S. exports to China has been made up elsewhere. Corporate fundamentals, including profits and employment, look better now than two years ago. And this stock market decline is the sixth major selloff since the Great Recession came to an end — an unprecedented level of volatility that is more a sign of problems in the stock market, not the economy.

Yes, U.S. economic growth will slow from its pace in 2018, falling to the low 2% range, but this is only because the sugar rush created by the fiscal stimulus tax plan of 2017 is wearing off — as easily anticipated.

To date, Beacon Economics has yet to see any imbalance develop within the U.S. economy that has the capacity to cause a downturn, much less a recession, in the near term.

Housing has always been an important indicator of the U.S. economy for both macro and individual reasons. It has been a leading indicator of economic growth for the majority of business cycles over the past 70 years and, of course, played an outsized role in the “Great Recession.” For most households, housing is the largest expense, and for homeowners, their largest asset. It’s little wonder that public sentiment suffers when negative news about housing begins to dominate the front page. The grim headlines can best be summed up by the closing line of a recent New York Times article: “In other words: Housing is in recession already.” (February 19, 2019)

When parsing out the components of this data — housing starts, sales, inventories — the same picture emerges. Home prices are still rising, albeit at a slower pace. Housing has shifted to neutral, but it has not moved toward anything resembling a decline. 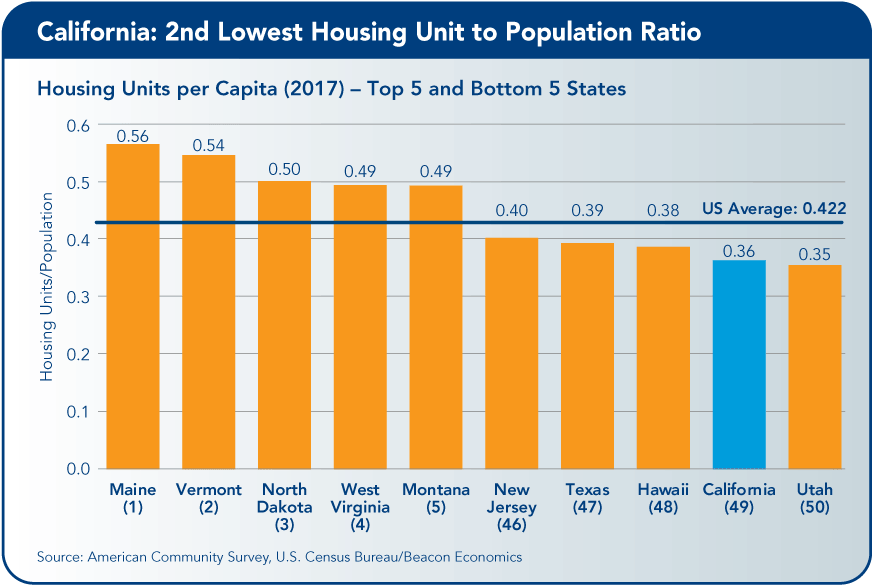 Why has the U.S. housing market been flat? There are three major reasons, short-, medium-, and long-term.

The fundamentals of today’s housing market — including affordability, vacancy rates, credit quality, household incomes, and debt levels — look better than they have for 20 years.

The current slowness in the U.S. housing market is not a downturn in any broader sense, nor will it turn into one. On the contrary, all the market worry is much ado about nothing and as 2019 advances, market activity will start to pick up again. This canary in the coal mine will soon wake from its short nap and start singing again. 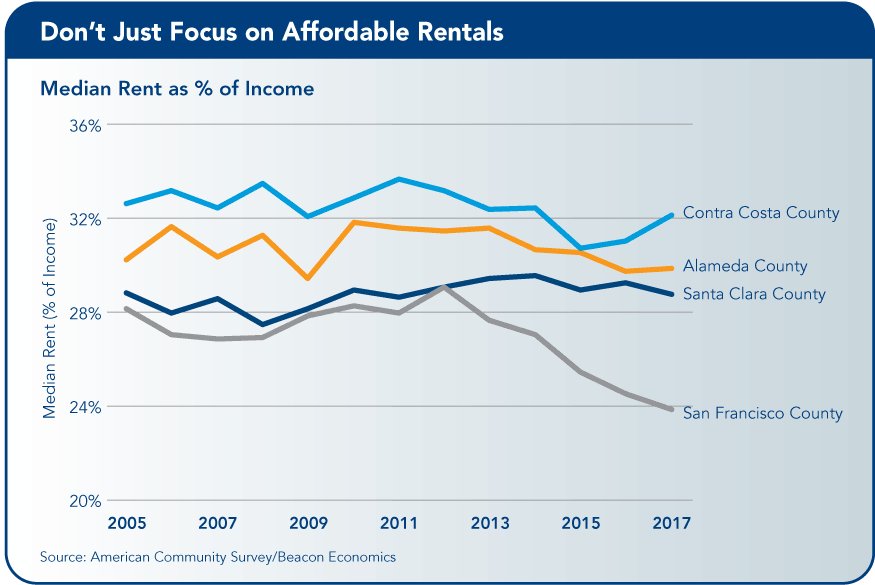 Now Is the Time to Move Wisely into the Future

California’s economy, in the first part of 2019, remains on a steady growth track despite concerns about how long the current expansion will continue.

Like the nation, the state economy benefited from expansionary fiscal policy in the form of tax cuts coupled with increases in government spending that pushed the labor market closer to full employment and fueled solid job gains. 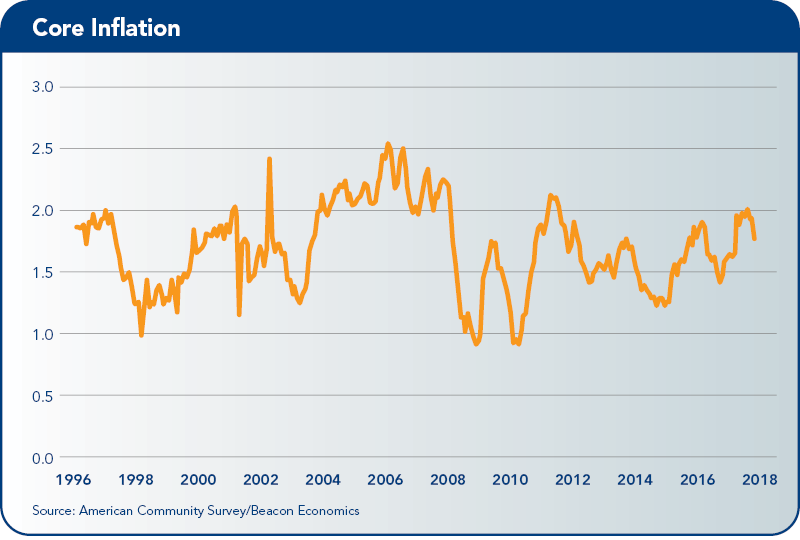 Staying the Course in California and Its Regions

Despite the turbulence created by the Trump administration’s trade wars, the chaos surrounding Brexit, and a slowdown in the global economy, California saw continued economic growth in 2018 and early 2019.

The state and many of its metro areas continue to be at or near record lows in terms of unemployment rates, picking up where they left off last year. The statewide rate was 4.2% in January, coasting just a hair above the all-time low of 4.1% for several months running. Indeed, recent increases in California’s labor force have kept the unemployment rate above the 4% threshold.

Consistent with an unemployment rate that has been low on a sustained basis, paychecks have been on the rise. Average hourly earnings in California rose 4.8% year-to-year in January 2019, following a 5.5% gain in December. By comparison, hourly wages have risen by just over 4% nationally.

In all, job gains in California continue across a wide array of sectors, including external income-generating industries such as technology, transportation, manufacturing, and tourism, each of which also contribute to the state’s foreign trade picture. These industries have been challenged over the past year by uncertainty surrounding the Trump administration’s trade policies, as well as a strong dollar, and yet, the state’s merchandise exports rose by 3.8% in 2018.

Housing Requires Both a Sense of Urgency and Patience

Despite sustained growth in the California economy, the housing market struggled in 2018, with weakness carrying into early 2019. Statewide, existing home sales fell by 12.6% from January 2018 to January 2019 while the median home price increased just 2.1% to $539,000, according to the California Association of Realtors.

In broad terms, given recent population growth, California should have been building about 200,000 new housing units each year for several years running. However, just 115,000 units were built last year, and even fewer earlier in the decade.

At stake is California’s economic future, which is increasingly jeopardized by the high cost of housing. But while Sacramento is searching for solutions to this stubborn problem, it must also face the reality that land use decisions, such as those related to new housing, have historically been under the purview of local officials and local zoning regulations.

There is no doubt that California needs more housing — more housing of all types: multi-family as well as single-family, affordable as well as market-rate units. And the urgency to deal with this problem has never been greater. Still, there are good reasons to pursue the situation with both a sense of urgency and a heavy dose of patience.

More than ‘Sticks’ in Ground

A truly comprehensive solution to California’s housing problem involves more than just finding vacant sites and putting “sticks” in the ground. Residents have deeply seated and long-held attitudes about their neighborhoods, and very often do not want anyone changing their corner of the world.

In California, there often are greater fiscal benefits from other land uses that directly or indirectly generate taxable sales and other revenue streams for a city’s general fund. And, at present, building industry constraints pose yet another complication. With California’s economy at full employment, construction labor is expensive and limited in availability, while other construction inputs like lumber and so on are likewise scarce and costly to acquire. 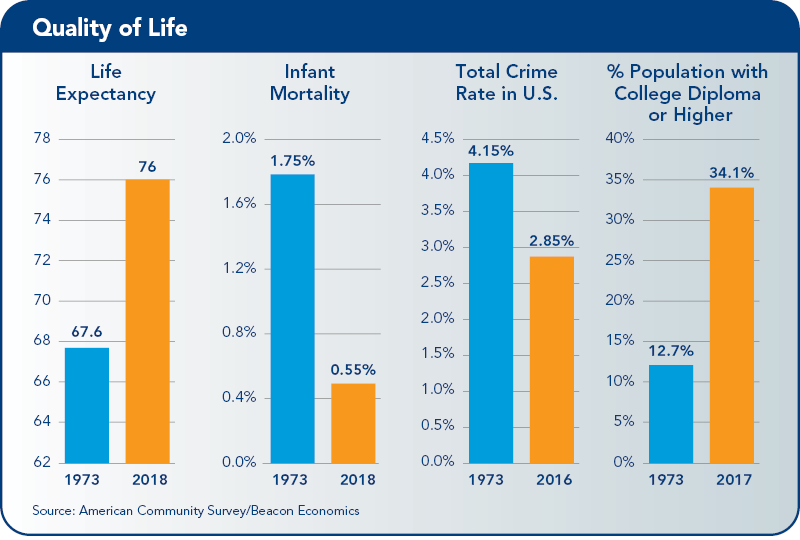 It has taken a long time to get to where we are now with the state’s housing shortage, and it won’t be solved overnight. State and local officials along with other stakeholders must be willing to examine all the dimensions of the housing problem if they want to craft long-run solutions that work.

This means looking at the tax code, zoning, permitting processes, and even the California Environmental Quality Act (CEQA), while also recognizing that changing residents’ attitudes may be the most difficult nut to crack.

The sooner stakeholders embark on this path — which requires a thoughtful dialogue on the importance of housing to the state, its residents, and its economy — the better for California’s communities.