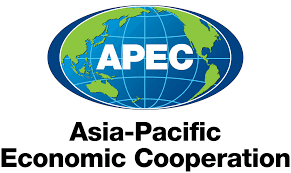 On Friday, November 18 at the Asia-Pacific Economic Cooperation (APEC) Annual Leaders Meeting in Bangkok, Thailand, U. S. Vice President Kamala Harris announced that during the United States’ host year in 2023, the APEC Leaders Meeting will take place in San Francisco in the fall.

The California Chamber of Commerce supported California hosting the APEC meeting and responded to Friday’s announcement: “Exciting news that San Francisco has been selected to host the APEC Summit next November. With California’s trade and investment connections to the Pacific Rim, together with our historical and cultural ties to this region, California was a natural choice to host this prestigious event.”

Vice President Harris noted that there is “no better place to host APEC 2023 than California, a state known for economic innovation.” She reiterated the United States’ “enduring economic commitment” toward the Indo-Pacific region by working to increase two-way trade flows, the free flow of capital, and focus on sustainability and the decarbonization commitments.

Vice President Harris announced in Singapore in August 2021 that the U.S. was offering to host APEC 2023 and six months later in February 2022, the U.S. was formally chosen. At that time, the Biden Administration outlined their top objectives for their host year including trade facilitation, standards for the digital economy and technology, supply chain resiliency, decarbonization and clean energy, infrastructure, and worker standards.

Earlier this fall, the other U.S. host cities for APEC 2023 Senior Official and Ministerial meetings were announced with Honolulu, Palm Springs, Detroit, and Seattle being chosen. APEC, which is the destination for more than 62% of U.S. goods exports, was last hosted by the U.S. in 2011.

In July,  the U.S State Department announced that Dominic Ng, chairman and CEO of East West Bank, who was appointed as a U.S. member of the Asia-Pacific Economic Cooperation (APEC) Business Advisory Council (ABAC) on April 25, will serve as the Chair during the United States’ APEC host year in 2023. In this role, Ng will work closely with other ABAC members to provide recommendations to APEC Leaders reflecting the perspectives of key APEC stakeholders.

East West Bank is represented on the California Chamber of Commerce Board.

Created in 1995, ABAC consists of up to three business representatives from each APEC economy and is a key component of APEC’s multi-stakeholder approach to trade and economic policies.  ABAC meets throughout the year to discuss policy recommendations, undertakes activities to promote trade and investment as well as sustainable and inclusive growth, and reports annually to APEC Leaders.

APEC commitments to promoting regional economic integration and trade, making trade and business easier across borders, supply chain connectivity, energy efficiency and renewables, and making sure growth is inclusive for everyone has seen great benefits for the region thus far as regional trade has increased over seven times since 1989, with average tariffs falling from 17% to 5.3%.

According to APEC, growth has soared in the region with real GDP increasing from $19 trillion USD in 1989 to $46.9 trillion in 2018. Residents of APEC saw their per capita income increase by 74%, lifting millions out of poverty and creating a flourishing middle class.

In 2021, California exported $120.4 billion to APEC, 10.9% of the national total. Of total California exports to APEC, 23.8% consisted of computer and electronics ($28.75 billion). Other top exports included non-electrical machinery, transportation equipment, chemicals, and processed foods. California imported $385 billion from APEC in 2021, 31.8% of which was made up computers and electronic products. Other top imports included transportation equipment, electrical equipment, miscellaneous manufactured goods, and non-electrical machinery. In 2021, California was the top importing state from APEC and the second largest exporting state to the region.

The APEC is important as a vehicle for all Asia-Pacific economic integration.

This regional group sets a high standard that will enhance the competitiveness of the countries that are part of it and help facilitate trade and promote investment among them, increasing their economic growth and development.

Sunak Becomes Prime Minister of the UK Amid Challenging Times