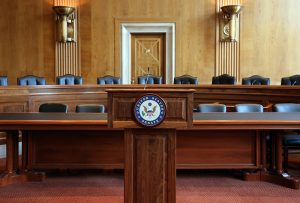 The California Chamber of Commerce has sent a letter of concern to the California Congressional Delegation on the economic consequences of recent federal proposals aimed at the technology sector and several of the nation’s largest employers. The U.S. Senate Judiciary committee held a meeting about the proposals this morning.

A package of antitrust legislation aimed at competition in the U.S. technology sector was introduced in the U.S. House of Representatives early last year. More recently, a handful of U.S. Senators have also introduced legislation with targeted regulation that would impact only successful U.S. tech companies. Although intended to help bolster competition, these proposals instead force the breakup of industry leading American technology companies; intervene with tech companies’ business models; and undermine the digital products supporting many of the small- and-medium-sized businesses that form the backbone of our economy.

The proposals threaten job creation in technology and non-technology-related sectors. Every new tech job creates an average of more than four non-tech jobs in other local goods and services sectors across all income groups, including lawyers, dentists, schoolteachers, cooks and retail clerks, among many others. Moreover, as the Progressive Policy Institute demonstrates in a recent report, tech-created jobs improve employment outcomes across all education levels—benefiting both college and non-college educated employees. This is part of the reason the CalChamber says it urges caution before disrupting settled antitrust jurisprudence.

“This issue requires study and needs to be addressed with a fact-based approach that is inclusive of diverse stakeholder input,” the CalChamber stated in its letter.

The bills may also undermine economic recovery. Since the outbreak of the pandemic, the same digital technologies targeted by the proposals have empowered businesses to endure the economic crisis, and actively take part in the recovery. For instance, a recent National Economic Bureau study found dramatic differences in the adverse impact of the COVID-19 pandemic on small- and medium-sized businesses: whereas businesses whose income was generated through offline channels experienced an average of 39% decline in sales during the crisis, businesses that were online incurred losses of only 23%.

Changes Focus of Enforcement Away from Consumer Welfare

Decades of antitrust jurisprudence have settled on the general principle that antitrust should focus on the effects that challenged business practices have on consumers, rather than on alleged harms to specific competitors. The proposed legislation, the CalChamber said, will reframe the entire analysis away from consumer welfare, including businesses that depend on the services and products the targeted companies offer. The proposed bills deny technology companies the ability to continue providing these products and services. In effect, the bills deny people who rely on these products the benefits of their use and availability.

The CalChamber pointed out that the proposed legislation is unlikely to advance competition or benefit consumers, and, in fact, will have far reaching adverse impacts on California and in communities across the United States.

“If there are issues in the marketplace that require new solutions, we support finding solutions that are supported by facts and take measured approaches that cause minimal economic harm,” the CalChamber said. “But hastily disrupting decades of antitrust jurisprudence without understanding the negative consequences that such action will have on the U.S. economy is not a meaningful, or sensible path forward.”