The California Chamber of Commerce Board of Directors has voted to oppose The Tax Cut and Housing Affordability Act of 2022, which proposes a split roll property tax on all property valued at more than $4 million per parcel.

The measure must collect at least 997,139 valid signatures by mid-April 2022 to qualify for the November 2022 ballot.

The Legislative Analyst has determined that this tax increase will raise between $13 billion to $17 billion in new property taxes. This revenue would be redistributed to property taxpayers and renters and used to reimburse counties for their administrative costs.

“Ever since voters approved Proposition 13 in 1978, government employee unions and spending advocates have sought a split roll to raise taxes on businesses,” said CalChamber President and CEO Jennifer Barrera. “But voters have recognized the danger of such a massive tax increase and have rejected split roll taxes when given the opportunity to vote against them. This year, voters must again reject this proposed enormous tax increase, particularly given the state’s projected second year of record budget surplus.”

If the split roll initiative passes, the tax increases on residential, commercial and industrial properties would cost taxpayers billions. It would double property taxes immediately for most targeted properties, and would be the largest tax increase in California—ever.

The California Chamber of Commerce (CalChamber) is the largest broad-based business advocate to government in California. Membership represents one-quarter of the private sector jobs in California and includes firms of all sizes and companies from every industry within the state. Leveraging our front-line knowledge of laws and regulations, we provide products and services to help businesses comply with both federal and state law. CalChamber, a not-for-profit organization with roots dating to 1890, promotes international trade and investment in order to stimulate California’s economy and create jobs. Please visit our website at www.calchamber.com. 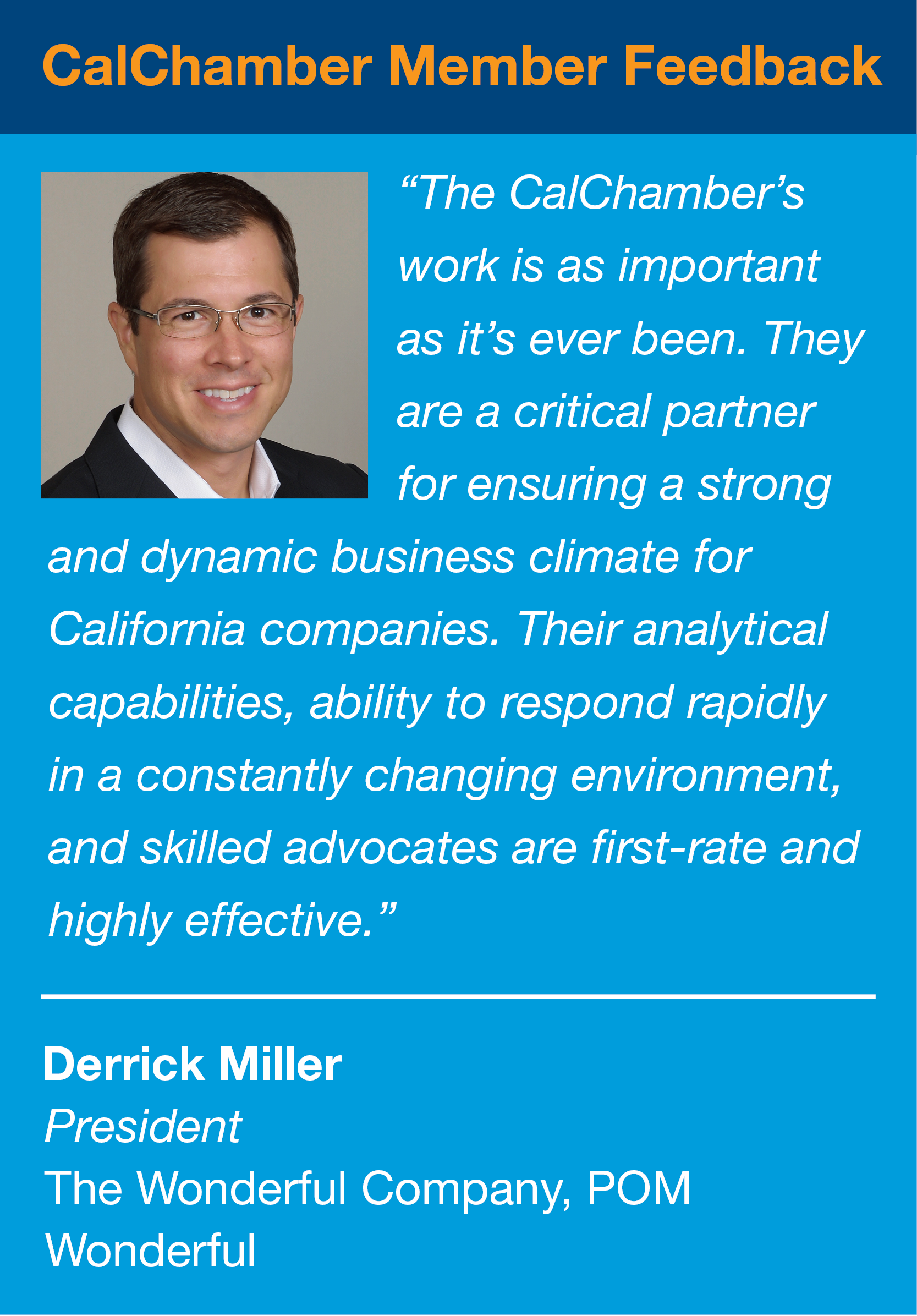