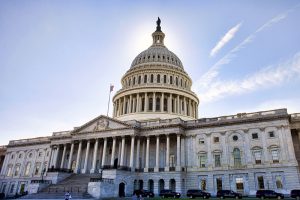 A coalition of business groups, including the California Chamber of Commerce, is urging the California Congressional Delegation to reject proposals in Congress to increase taxes on large and small businesses to pay for the massive multi-trillion-dollar reconciliation package.

In a letter to the delegation, the Coalition said that while it supports the bipartisan infrastructure package, “employers have suffered staggering financial setbacks as a result of the COVID-19 pandemic and the reconciliation bill will only add to that struggle while they are attempting to rebuild, recover and deal with acute workforce shortages.”

With a state corporate tax rate of 8.84%, the current proposal to increase the federal corporate rate from 21% to 26.5% will result in California corporations paying a combined rate of over 33%–that’s roughly 10 points higher than the weighted average rate of every other developed nation on Earth, the Coalition pointed out. The state’s rate would be eight points higher than China and nearly 11 points higher than the average rate in the European Union. In other words, the proposal to increase the federal corporate tax rate will put California corporations at a severe competitive disadvantage.

Congress is also considering significant tax increases on the pass-through business sector, including raising the top individual tax rate, lowering the top rate’s threshold, imposing the 3.8% Net Investment Income Tax (NIIT) to all forms of business income, and capping the 199A deduction.

Coupled with the California’s top-heavy income tax, this package of rate hikes would increase the top rate on the state’s pass-through businesses to more than 50% of their taxable income.

Finally, Congress is considering raising the capital gains tax to 25%. When factoring California’s own taxes on capital gains, most investors in the state will end up paying a combined capital gains rate of over 35%. The rate increase will affect approximately two-thirds of capital investment in the U.S. and could dampen investments in California start-ups and hurt California families as they save for retirement or look to buy a new home.

“Many California employers are vulnerable as they continue to rebuild and recover from the pandemic,” the Coalition said. “The tax increases contained within the reconciliation package will further cloud California’s difficult business climate and stifle job growth at a time it is desperately needed.”