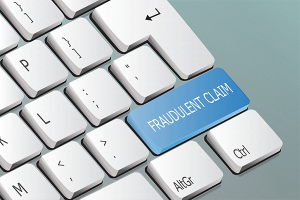 With the legislative frenzy complete for the year, Sacramento’s policymakers are turning their eyes towards next year’s budget and their next round of legislative ideas.

For California employers, one of the largest issues that must be addressed is the Unemployment Insurance Trust Fund’s (UI Fund) massive debt and the payroll tax increases that are creeping ever closer as a result of that debt.

Here’s a Quick Refresher of Where We Are and How We Got Here:

When California was shutdown to combat COVID-19, employers were forced to shut their doors. Beginning in March of 2020, thousands of employers shuttered their businesses because of this state-imposed stay-at-home. Many of the businesses that did survive had no choice but to lay off large portions of their workforces. This massive group of laid off workers then sought unemployment, which pulled the UI Fund into massive debt. As of the date of this piece, California sits at just under $20 billion in UI Fund debt to the federal government as a result of this shutdown (see state debt list here). For comparison, that is slightly less than twice as much debt as after the Great Recession. In addition, subsequent investigation has revealed that somewhere around $1 billion of these UI payments were fraudulent (rough calculations are available in my prior blog on this, available here).

Unless the state acts, this insolvency will trigger payroll tax increases for California employers starting in 2023 – which will grow annually and continue until the insolvency is repaid. For the Great Recession, that repayment took just under a decade, and we can expect it to take longer this time around.

What is the Legislature Doing About It?

In the 2021 May Revise, the state had an anticipated $75 billion budget windfall – and the Governor’s May Revision included $1.1 billion in American Rescue Plan funds for the UI Fund (which would have covered the fraudulent payments the state mistakenly distributed). The Legislature didn’t like this provision and pushed back with a proposal for smaller payments over time.

Then, in the murky waters of budget negotiations, all proposals for help with the UI Fund were cut – leaving employers holding the bag for both the fraud and the state-mandated shutdown’s consequences.

That is fundamentally unfair. California’s businesses shouldn’t be paying for the cost of a state-mandated shutdown, and certainly shouldn’t be stuck paying increased taxes because a state agency (the much-criticized Employment Development Department) was tricked into sending out $1 billion in fraudulent payments.

Given that the tax increases on employers will begin in 2023, this isn’t something the Legislature can ignore or delay action on in 2022. And, with another expected budget surplus in the coming year, the Legislature will have the means to address this fundamental unfairness to California’s business community.