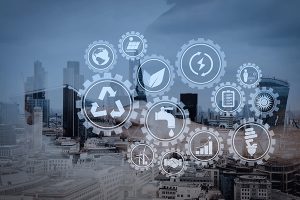 Legislation that would have limited technological development and hurt the state’s ability to meet its carbon neutrality goals failed to move out of Senate in the closing hours of the session thanks to opposition from the California Chamber of Commerce and bipartisan assistance from senators.

On September 10, the last day of the session, AB 1395 fell short of votes needed to pass the Senate, 14-12. A bipartisan group of senators who chose to wait on supporting the bill noted that California needs to see the analysis coming out of the California Air Resources Board (CARB) this spring and finish working out the unresolved issues in the bill, as well as determine how to protect good paying jobs in the transition before California moves forward with setting new broad goals.

The bill was granted reconsideration and placed on the Senate Inactive File, meaning it can be considered again in January 2022.

AB 1395 would have limited economic development and undermined California’s ability to become a climate technology leader. It would have banned the use of carbon capture and sequestration in certain oil industries.

Also problematic is the bill’s banning of carbon capture where it would cause any “adverse impact” — an undefined term that could be interpreted as broadly as similar terms have been, such as under the California Environmental Quality Act.

As the CalChamber has noted repeatedly, the CARB is already evaluating the state’s climate goals. The CARB Scoping Plan is scheduled to be released in the spring of 2022. Besides reporting on pathways for the state to reach carbon neutrality by 2045 and 2035, the Scoping Plan will include both environmental and economic analyses.

Not waiting for the Scoping Plan would mean the broad mandate in AB 1395 will not come back for the Legislature to revisit until 2035.

Even without regulation, California companies, including many CalChamber members, are tracking and setting their own climate and sustainability goals. Some of those efforts were outlined in a CalChamber article last fall.

Just this week, Chevron announced it would be tripling its investment in low-carbon technologies, allocating $10 billion through 2028 on biofuels, hydrogen production, carbon capture and other technologies, an increase from its prior commitment of about $3 billion.

Also this week, Procter & Gamble said it plans to reach net zero greenhouse gas emissions across its operations and supply chain by 2040. P&G also committed to finding tools and technologies not yet available in the marketplace to reduce carbon emissions.