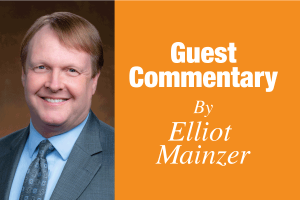 In May, when the California Independent System Operator (CAISO) issued its annual Summer Assessment of the state’s electrical grid, I used the term “guarded optimism” about our hopes for a reliable flow of power during the hot and challenging months of July, August and September.

Working closely with our colleagues at the California Public Utilities Commission (CPUC) and the California Energy Commission, we took important steps over the past year to enhance grid reliability. We all felt we were better prepared for hot weather and high energy demand than a year earlier. But we also did not shy away from the fact that the grid could be vulnerable if we experience more extreme heat events across the Western United States that strain the system and limit our ability to import electricity from neighboring states, something California has been doing for years.

Now, with the impacts of climate change and drought becoming more acute in California and much of the West, I continue to be optimistic about keeping the lights on this summer with few, if any, disruptions. I am, however, adding just a little more “guarded” to that guarded optimism because of what we have seen and experienced in recent weeks.

The CAISO issued its first two Flex Alerts, for instance, on June 17 and 18, before summer officially began. Extreme weather events strain any electric grid, and when the balance between supply and demand gets close to the edge, we need to act quickly to avoid more serious problems. When temperatures top 110 in places like Portland and Seattle, it’s clear we are experiencing a new normal and more challenges.

With our Flex Alerts, we strongly encouraged consumers to voluntarily conserve during the evening hours, when demand for power remains high but resources are reduced because abundant solar energy is no longer available. As they have in the past, California consumers and industry responded and the electricity kept flowing.

However, conditions can change quickly on the grid these days. Updated information confirmed concerns about the drought’s impact on hydroelectric power, a key piece of California’s energy puzzle now seriously diminished. In addition, some new resources have been delayed coming online by a month or two due to supply chain problems related to the pandemic. For these and other reasons, our assessment for the summer is now more nuanced.

That’s why the CAISO, after close consultation with the CPUC and the California Energy Commission, announced on July 1 that we were soliciting bids to procure additional generating capacity under our federal tariff. The CAISO has that authority when a “substantial event or a combination of events” results in a “material difference” in assumptions that had been made about our energy supply under the state’s Resource Adequacy program.

We also face unforeseen challenges beyond our control. On Friday, July 9, for example, a few hours before another Flex Alert calling for voluntary consumer conservation took effect, the rapidly growing Bootleg Fire in Southern Oregon became an imminent threat to power lines, removing about 3,500 megawatts of power from our grid.

As a result, the CAISO issued an operational warning, which gives it authority to initiate emergency demand response programs that allow utilities to pay customers to conserve electricity. We used every tool available to us to keep the grid stable and again appealed to consumers, as well as business and industry, to conserve. California families and companies again answered the call, and we were able to balance supply and demand without resorting to rotating outages.

California, of course, is not the only state facing this challenge. Across the West, states are dealing with drought and stress on the grid from climate change and other factors. None of us can take electricity for granted anymore. Just as we must conserve water during the drought, everyone has a stake in shepherding our energy resources to make sure California, with one of the strongest economies in the world, has the power it needs to thrive.

But the fact remains that our state is still in the early stages of a profound period of transition. California has adopted ambitious goals to limit greenhouse gas emissions and combat climate change. At the CAISO and state energy agencies, we recognize an urgent need to accelerate the pace in providing sufficient resources to maintain grid reliability while moving to a decarbonized system.

There will be bumps in the road. We will face more challenges like those we have already encountered this summer. But I am optimistic about the future. I am encouraged, for instance, by the sense of urgency and focus of the CPUC with its recent 11,500-megawatt procurement order, arguably the largest single order ever to procure clean energy.

I recently took a trip to San Diego to tour one of the many battery installations coming online this summer. By storing clean wind and solar energy when they are plentiful, we can dispatch that electricity to the grid when it is most needed.

Success as a Region

I am also optimistic about the growing realization that we are not in this alone. A number of states in the West have adopted ambitious clean energy goals as California has done. And we are all becoming increasingly aware that we will succeed as a region if other parts of the West like Arizona, New Mexico, Nevada and neighboring states succeed as well.

With heightened focus, a strong sense of urgency and effective regional collaboration, I am confident California’s transition to a clean electric grid will succeed. My CAISO colleagues and I will continue to work as hard as we can to help achieve that transition in a reliable and efficient manner.

Elliot Mainzer is the president and CEO of the California Independent System Operator (CAISO), which is responsible for managing the flow of electricity that serves 80% of California and a small portion of Nevada. Mainzer started at the CAISO on September 30, 2020 following 18 years at the Bonneville Power Administration.