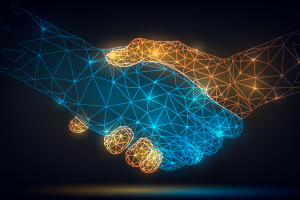 The United States and the European Union have created a council to provide a forum for coordinating approaches to key global trade, economic and technology issues.

The council will deepen transatlantic trade and economic relations based on shared democratic values.

A White House statement, “Towards a Renewed Transatlantic Partnership,” noted that the United States and the European Union represent 780 million people who share democratic values and the largest economic relationship in the world.

The statement continued, “We have a chance and a responsibility to help people make a living and keep them safe and secure, fight climate change, and stand up for democracy and human rights.

“We laid the foundations of the world economy and the rules-based international order after World War II based on openness, fair competition, transparency, and accountability.

“Some of the rules need an update: to protect our health, our climate and planet, to ensure democracy delivers and technology improves our lives.”

The major goals of the TTC will be:

• to grow the bilateral trade and investment relationship;

• to support collaborative research and exchanges;

• to cooperate on compatible and international standards development;

• to facilitate regulatory policy and enforcement cooperation and, where possible, convergence;

• to promote innovation and leadership by U.S. and EU firms; and

• to strengthen other areas of cooperation.

The cooperation and exchanges of the TTC will be without prejudice to the regulatory autonomy of the United States and the European Union and will respect the different legal systems in both jurisdictions. Cooperation within the TTC will also feed into coordination in multilateral bodies and wider efforts with like-minded partners, with the aim of promoting a democratic model of digital governance.

Other members of the EU Commission and U.S. departments will be invited as appropriate, ensuring focused discussions on specific issues in a whole-of-government approach.

The TTC will initially include working groups looking at the following topics:

• technology standards cooperation, including artificial intelligence (AI) and Internet of Things, among other emerging technologies;

• the misuse of technology threatening security and human rights;

• promoting small and medium enterprises’ access to and use of digital technologies; and

Total bilateral trade between the European Union and United States topped $1 trillion in 2020, with goods trade accounting for $755.76 billion. The United States exported $290.76 billion worth of goods to EU member nations, a decrease from $336 billion in 2019.

Top U.S. exports to the EU were chemicals, transportation equipment, computer/electronic products, and oil and gas. Imports into the United States from the EU decreased to $465.1 billion in 2020 from $514 billion the year before. Top imports from the EU to the U.S. were chemicals, transportation equipment, nonelectrical machinery, and computer and electronic products.

According to The Transatlantic Economy 2021, prepared for the AmCham EU (American Chamber of Commerce to the European Union):

• The U.S. and EU transatlantic economy supported 16 million jobs, accounting for close to one-third of world GDP, and 30% of world trade.

• In 2019, 48 of 50 U.S. states exported more goods to Europe than to China. California was one of the top three state exporters to Europe. In 2018, California had the highest number of jobs supported by European investment (490,700). European companies account for 58% of foreign affiliate jobs in the state.