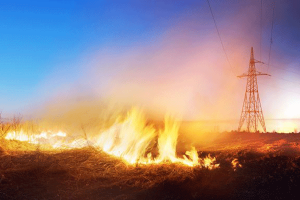 With 2018 standing as the deadliest and most destructive wildfire season on record in California, wildfire safety and accountability legislation passed both houses of the Legislature on bipartisan votes and was signed into law last week.

The new bill on wildfire safety establishes a Wildfire Fund of at least $21 billion to pay victims of utility-related wildfires.Resources supplying the fund will come from utility customers who will continue to pay an existing assessment on their electric bills, the three major utilities—Pacific Gas & Electric Company, Southern California Edison Company, and San Diego Gas & Electric Company—and regional utilities.

AB 1054 also requires the shareholders, not ratepayers, of California’s three big utilities to pay the first $5 billion in safety improvements to prevent the outbreak of wildfires.

The bill dictates that PG&E, which is currently in bankruptcy, timely emerge with a bankruptcy plan that ensures settlement amounts will be paid to past fire victims, sets aside funds to contribute to the wildfire fund, retains compliance with the state’s clean energy goals, and that its bankruptcy plan is ratepayer neutral.

The Wildfire Fund is intended to provide financial stability to the state’s energy providers, which are facing credit rating issues; a downgrade could ultimately mean higher costs for California ratepayers. It does so by providing a means to more quickly compensate victims of utility-related wildfires.

Utilities will have access to the Wildfire Fund based on safety certifications from the California Public Utilities Commission, wildfire mitigation plan compliance, including persons with safety experience in utility board committees, establishing an executive incentive compensation plan linked to safety performance measures, and establishment of board-level reporting to the California Public Utilities Commission on safety issues.

In conjunction with AB 111 (Committee on Budget), AB 1054 establishes a California Catastrophe Response Council to oversee the California Earthquake Authority and the newly created position of Wildlife Fund Administrator.

“This package offers a durable solution to the problems arising from utility-caused wildfires in California,” said Assemblymember Holden when the legislation was signed.

Senator Dodd said AB 1054 “takes an important step toward helping wildfire victims, preventing future infernos and protecting utility ratepayers. That’s why it is supported by victims of our state’s most destructive blazes as well as ratepayer groups. It is good for all Californians.”

Upon signing AB 1054, Governor Newsom stated, “I want to thank the Legislature for taking thoughtful and decisive action to move our state toward a safer, affordable and reliable energy future, provide certainty for wildfire victims and continue California’s progress toward meeting our clean energy goals. The rise in catastrophic wildfires fueled by climate change is a direct threat to Californians. Strengthening our state’s wildfire prevention, preparedness and mitigation efforts will continue to be a top priority for my administration and our work with the Legislature.”

Senator Hertzberg expressed his satisfaction with the passed measure: “We stepped up, we averted a crisis, and we set the course for reform.”

In a statement after Governor Newsom signed AB 1054, Senator Dodd said, “Governing is about making the best available choices for our state. And that’s what this bill represents… I thank the governor for being a good partner and leader on this issue. We’ve been working closely from day one. I look forward to passing additional wildfire prevention measures in the months ahead.”