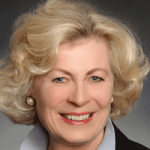 With trade being a top tier national issue, the California Chamber of Commerce continues to communicate its international trade priorities to secure a national free trade agenda. Such an agenda is in keeping with the CalChamber’s long-standing support for eliminating disincentives that impede the international competitiveness of California business.

The economic advances that international commerce makes possible are clear, despite the regular attacks, and World Trade Month activities each May appropriately provide many opportunities to acknowledge the importance of global trade to the economies of California and the United States.

The U.S. Department of Commerce reports that more than 97% of the nearly 285,000 U.S. companies exporting goods in 2017 were small or medium-sized businesses with fewer than 500 employees.

About a third of CalChamber members are engaged in international commerce, and more than two-thirds are small or medium-sized enterprises.

The statistics underscore the importance of our international connections. In 2018, California exported $178.4 billion to 230 foreign economies, up from $172 billion in 2017, according to the U.S. Department of Commerce. California’s top export markets are Mexico, Canada, China, Japan and South Korea. California maintained its perennial position as a top exporting state, accounting for 10.7% of total U.S. exports.

Trade agreements (the United States has 20) ensure that the nation and its businesses may continue to gain access to world markets, resulting in an improved economy and additional jobs for Americans. CalChamber trade priorities for 2019 include the following:

The CalChamber is urging Congress to approve the new USMCA agreement, a successor to the CalChamber-supported North America Free Trade Agreement, following the objectives and procedures of the Trade Promotion Authority.

• U.S.-Japan Free Trade Agreement: The United States and Japan began negotiations in 2019 with the goal of expanding bilateral trade in a mutually beneficial way.

It is hoped that the U.S. and Japan will expand areas of cooperation and deepen their understanding of each other’s respective views and positions.

California continues to be the top exporting state to Japan, and Japan has remained California’s fourth largest export market since 2010.

• U.S.-China Relations: At the beginning of 2018, President Trump instructed the U.S. Trade Representative, Ambassador Robert Lighthizer, to apply $US billions of tariffs onto Chinese goods, explaining the tariffs were the consequence for years of Chinese theft of U.S. intellectual property. China retaliated with tariffs on U.S. products.

As of this month, the United States and China have made progress on talks, with a possible deal in the coming weeks. The CalChamber expects that the Trump administration and its Chinese counterparts will be able to arrive at a conclusion and not continue to escalate the trade dispute between the two countries.

• U.S.-United Kingdom Trade Agreement: The United States maintains a deep trade and investment relationship with the United Kingdom. Once the U.K. leaves the European Union, which it now is expected to do by October 2019, the two countries will be able to negotiate a formal free trade agreement. The United Kingdom is California’s 11th largest export destination.

The CalChamber is hopeful that the U.S. and U.K. will begin free trade agreement negotiations as soon as the U.K. formally exits the European Union. The CalChamber supports the goal of strengthening the trading and investment relationship between the two countries, with a focus on securing open market access.

• U.S.-European Union Trade Agreement: The European Union is one of the three new markets for which President Trump announced in October 2018 his intent to enter into trade negotiations. California is a top exporting state to the EU, and the single market presents a stable one with huge opportunity for California companies.

The CalChamber of Commerce is optimistic that the U.S. and EU will continue free trade negotiations in 2019 to deepen the world’s largest trading and investment relationship, with a focus on trade and investment initiatives.

Susanne T. Stirling is vice president of international affairs for the California Chamber of Commerce, www.calchamber.com/international.