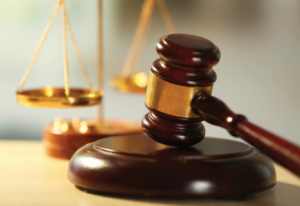 SB 1300 prohibits employers from requiring employees to sign a release of claims under the Fair Employment and Housing Act (FEHA) in exchange for a raise or as a condition of employment.

The bill also amends FEHA to specify that an employer may be responsible for the acts of nonemployees for all forms of harassment, rather than the responsibility being limited to sexual harassment, as it was before SB 1300 took effect.

Further, the bill prohibits a prevailing defendant from being awarded fees and costs unless specific conditions are met.

SB 1300’s provisions took effect on January 1, but employers and defense counsel need to be aware of the bill’s “intent language.”

In addition to the statutory changes noted, SB 1300 sets forth several statements of “legislative intent” about applying FEHA to harassment claims.

Businesses and their attorneys need to be aware that including this broad “intent” language is likely inconsistent with canons of statutory construction and prior court precedent. As such, SB 1300’s intent language will surely increase employer costs as lawyers attempt to erroneously utilize the “findings and declarations” in SB 1300 to expand FEHA litigation.

In this instance, however, SB 1300 did not make any statutory changes related to its statements of “intent.” Below are several troublesome examples.

Yet, the author removed from her bill the statutory provisions that would have lowered the severe or pervasive standard.

However, SB 1300 does not amend Code of Civil Procedure Section 437(c), which sets forth the requirements regarding motions for summary judgment.

Summary judgment is already an extremely high legal threshold whereby the “party moving for summary judgment bears the burden of persuasion that there is no triable issue of material fact, and that he is entitled to judgment as a matter of law[.]”

The intent language in SB 1300 seeks to restrain the discretion of the courts in evaluating the facts before them, which is inappropriate because the decision of whether a case should be summarily adjudicated needs to be left, without legislative influence, to a judge who knows the specific facts of the case.

• Additionally, the intent language of SB 1300 seeks to lower the legal standard for hostile work environment claims by referring to a single quote by a single justice’s concurring opinion in a U.S. Supreme Court 9-0 decision: “the Legislature affirms its approval of the standard set forth by Justice Ruth Bader Ginsburg in her concurrence that, in a workplace harassment suit, ‘the plaintiff need not prove that his or her tangible productivity has declined as a result of the harassment.’”

However, the author removed from SB 1300 all the statutory amendments that actually would have changed the legal standard for actionable harassment cases.

Given that SB 1300 did not change the statutory standards for summary judgment and hostile work environment, the superfluous intent language in SB 1300 does not serve to provide guidance regarding either of these standards. As the U.S. Supreme Court has stated, “We are governed by laws, not by the intentions of legislators.”

Even the Legislature recognized the limitation of this intent language when it considered the bill. For example, the Assembly Judiciary Committee’s analysis that was prepared when SB 1300 was considered by that committee notes: “It is not at all clear what impact the guidance offered in these non-binding findings and declarations will have on how the courts decide cases….”

While the actual statutory changes adopted by SB 1300 will make FEHA litigation costlier and more time-consuming for employers in this state, so too will its “intent” language.

This analysis of SB 1300 was written by CalChamber Policy Advocate Laura Curtis and Chris Micheli, a principal at the Sacramento lobbying firm of Aprea & Micheli, Inc.