It makes a bad problem worse 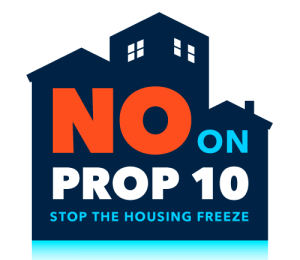 Reasons every business should Vote NO on Proposition 10:

We cannot regulate our way out of this crisis. California’s current housing crunch is a matter of simple supply and demand. We must take steps that make it easier to build the affordable and market-rate housing we need to address our current crisis. Proposition 10 provides the wrong incentives, and will exacerbate many of the problems proponents say they are trying to solve. Owners of rental property will convert to condos, removing rentals from the market and intensifying shortages.

Ventura County Star: Vote no on Prop. 10 and rent control. “The main reason for California’s affordable housing shortage is simple: too much demand and not enough supply. Prop. 10 does nothing to address that disparity and indeed could make it worse.”  October 6, 2018

The Fresno Bee, The Modesto Bee: When it comes to rental costs, Proposition 10 is not the answer. It deserves a no vote. “Our recommendation: Let market forces take care of rental pricing. Vote no on Proposition 10.”  October 1, 2018

Bakersfield Californian: We recommend: Fix our roads, deliver clean, abundant water. “Voters should reject Proposition 10, which is being falsely presented as an easy way to combat increasing rents and to increase affordable housing. The answer to California’s housing crisis is to build more affordable housing, not to discourage construction.” September 30, 2018

San Francisco Business Journal: No on Prop. 10 — More rent control really means less housing. “Prop. 10, on November’s ballot, is intended to usher in a new era of rent control across California. But Prop. 10 addresses none of rent control’s underlying flaws; indeed, it adds complications of its own.” September 27, 2018

San Francisco Chronicle: Chronicle Recommends: No on Prop. 10. “But more rent control — and more local government control — will probably further suppress the supply of housing and deepen the crisis for the state. More housing is the way out of the housing shortage. Proposition 10 is not.” September 14, 2018

Los Angeles News Group: No on Proposition 10, the wrong fix for California’s housing crisis. “Proposition 10 is a fine example of chasing a disaster with a catastrophe. The disaster is the housing crisis in California. The escalation of home prices and rents has far outpaced wage growth, helping to give California the nation’s highest poverty rate when adjusted for the cost of living.” September 28, 2018

Mercury News & East Bay Times: Prop. 10 would exacerbate California’s housing crisis. “Rents in California, especially the Bay Area, are soaring. Decent housing is unaffordable for far too many. But the solution is to build more housing, not restrict rents. That’s why voters should reject Proposition 10 on the Nov. 6 ballot.” August 25, 2018

Press-Telegram: Rent control is no solution to our housing crisis. “The prospect that a city may enact rent control in the future is enough to chill investment in rental property and could blow up countless pending deals for new construction. Trying to fix a housing crisis with rent control is like sending an oil tanker to put out a forest fire.” June 1, 2018