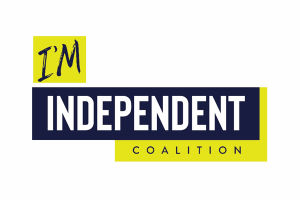 The effort to develop a proposal supporting the ability of workers to work independently will continue through the legislative recess.

As many employers know, the California Supreme Court outlined a new test in Dynamex Operations West, Inc. v. Superior Court, No. S222732 (April 30, 2018) to determine whether a worker must be classified as an employee, rather than as an independent contractor, and subject to all the laws governing wages, hours and rest breaks, as well as the withholding of taxes.

The Supreme Court replaced a totality of circumstances test that it had created with a decision in 1989 and replaced it with an “ABC” test of three factors, the most significant being that the worker performs work which is not the hiring entity’s usual business.

The consequences of misclassifying a worker as an independent contractor instead of an employee can be costly. In addition to penalties for violating employment laws, compensation could be required retroactively for breaks and overtime.

Because the court provided no exemptions and indicated that a worker is presumed to be an employee, the California Chamber of Commerce is very concerned about the potential consequences for businesses as well as the individuals who intentionally perform freelance work.

During the final month of the legislative session that just ended, the CalChamber advocated that the Legislature engage on this issue and delay the litigation impact of the case for a year to provide the time to develop an up-to-date test that mirrors the realities of an on-demand economy and the desire of many workers to be self-employed.

The court could consider only the facts presented in the case in front of the justices. In determining the outcome of the Dynamex case, the court was constrained to rely on a wage order that was last updated well before the first smartphone was introduced into the California economy.

The Legislature, on the other hand, could and should take testimony from all affected businesses and workers to fashion a law that protects workers but also gives them the freedom to pursue their own schedules.

The affected professions and industries include on-demand services, such as transportation, child care and health care, as well as music instructors, insurance agents and physicians.

CalChamber led a coalition of at-risk employers and independent contractors seeking to, at a minimum, delay the litigation impacts for a year so that the Legislature could work out a compromise.

Hundreds of independent contractors gathered at the State Capitol to urge policymakers to protect the ability to work independently or freelance.

Unfortunately, organized labor was strongly opposed to an approach that would modify the court decision. Employees are much easier to organize than independent contractors and the labor unions are supportive of the court’s ruling as it stands.

It seems that many members of the Legislature are sensitive to the need to weigh in.

It was the shortness of time, well after the Legislature’s committee process had concluded, the complexity of the issue and the strong opposition of organized labor that made an August solution impossible.

CalChamber will be working with and continuing to build a coalition of affected workers and businesses over the legislative recess. Coalition members hope to have legislation introduced when the Legislature returns to begin a new session after the election.