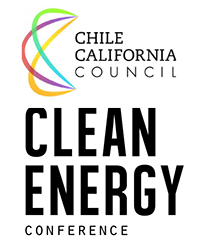 In opening remarks to the nearly 100 attendees, CalChamber Vice President of International Affairs Susanne T. Stirling reminded listeners that just 10 years have passed since the inception of the Chile-California Plan. Chile President Michelle Bachelet visited California, including an address at the CalChamber. Shortly thereafter, a Memorandum of Understanding was signed by the CalChamber, the Los Angeles Area Chamber and the American Chamber of Commerce in Chile during a California trade mission to Chile.

Speaking next were Chile-California Council Chair Tu Jarvis, a professor in agricultural and resource economics at the University of California, Davis, and Carol Z. Perez, U.S. ambassador to Chile. Ambassador Perez discussed the energy pillars of trade and investment together with joint research and innovation which are so important as Chile develops its 2050 National Energy Policy. To this end, she has created the U.S.-Chile Council on Science, Technology and Innovation. The strategic objective of the U.S.-Chile Council on Science, Technology and Innovation isto connect the producers and consumers of science, technology, and innovation (STI) in order to advance mutually beneficial policies and programs that catalyze sustainable economic growth. The Council’s specific objective is to identify and disseminate lessons learned and best practices related to STI policies and programs.

The day-long conference started with an introduction to California energy policy by Ken Alex, senior policy adviser to California Governor Edmund G. Brown Jr. and director of the Governor’s Office of Planning and Research.  Alex outlined the 7 prong approach to California reducing energy use by 40% from the 1990 levels by the year 2030.

Luncheon attendees enjoyed welcome remarks from the Consul General of Chile in San Francisco, Enrique Barriga. He gave an overview of the Chilean trade and investment relationship, together with a description of the long history between Chile and California, dating back to the 1700s.

Immediately following lunch, the electrification of transportation, particularly self-driven cars, was the subject for speaker Dan Sperling, Blue Planet professor of civil and environmental engineering and environmental science and policy, founding director of the Institute of Transportation Studies at the University California, Davis, and a member of the California Air Resources Board.

The closing session was a reception at the Leland Stanford Mansion.

The Chile-California Council is a binational nonprofit organization established in 2011. Its 35 members from the public and private sectors support bilateral cooperation to promote scientific research, entrepreneurship, social innovation and public leadership. See http://www.calchamber.com/Chile and the Chile-California Council website, https://chile-california.org/.

The CalChamber has been a member of the council since its inception.

Chile has signed free trade agreements with all the nations of the 11-member Trans-Pacific Partnership, plus the United States.

Since the U.S.-Chile Free Trade Agreement (FTA) was implemented on January 1, 2004, bilateral trade between Chile and the United States has nearly quadrupled and both trade and investment opportunities abound.

Two-way trade in goods between the United States and Chile was approximately $24.16 billion in 2017. According to the U.S. Department of Commerce, U.S. goods exports to Chile increased 474 percent in the 14 years since the FTA went into effect, from $2.7 billion in 2003 to $13.6 billion in 2017. Since 2003, there has been a marked increase in U.S. exports to Chile of petroleum, transportation equipment, chemicals, and computer and electronic products.

Chilean FDI into the U.S. includes $456 million in research and development and $86 million into expanding U.S. exports. The top industries that received FDI from Chile were metals, real estate, food and tobacco, financial services, business services, and wood products.

Chile is nearly twice the size of California and home to nearly 18 million people and renowned copper mines.  According to the most recent figures, Chile has a gross domestic product (GDP) of $247 billion. Chile has the most stable and fastest-growing economy in the region, which puts it in the best position to promote democracy and political freedom. Chile has about 60 bilateral or regional trade agreements in effect, more free trade agreements than any other country.

In 2017, Chile was California’s 26th largest export destination with $1.35 billion in exports. Top exports from California to Chile include petroleum and coal products, computer and electronic products, beverages and tobacco, and nonelectrical machinery. Top imports from Chile to California include agricultural products, food manufactures, wood products, and fish.