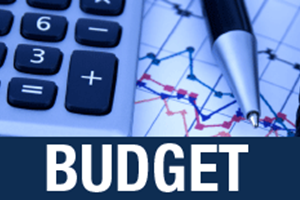 The California Chamber of Commerce and a coalition of employer groups is opposing a budget item that expands the Labor Commissioner’s authority and exposes employers to increased legal costs and penalties.

The CalChamber and coalition also are concerned that many of the proposals in the budget item are policy changes that seem unrelated to the implementation of the budget and may ultimately increase costs for the Labor Commissioner.

As such, the proposals should be considered in stand-alone legislation by the relevant policy committees.

The budget item is scheduled to be considered March 21 in Assembly Budget Subcommittee 4.

Budget Item 0559 proposes to suspend the statute of limitations for wages, penalties, damages, or other amounts assessed by the Labor Commissioner at the start of an investigation by the Bureau of Field Enforcement (BOFE) until the investigation is complete.

Currently, the statute of limitations is not suspended until an employee files a complaint for an administrative hearing with the Labor Commissioner or in civil court.

This proposal places employers at a significant disadvantage as it allows the BOFE investigators an unlimited amount of time to investigate and disrupt the workplace and the employer’s operations.

Budget Item 0559 also proposes to preclude an employer from introducing into evidence in any administrative hearing or writ proceeding documents, books or records that were not produced to the Labor Commissioner as requested.

The proposal allows, but does not mandate, the Labor Commissioner to consider a reasonable request to allow more time to produce such documents.

Currently, employers often fail or refuse to initially respond to a document request from the Labor Commissioner for various reasons, including that the request is overbroad and asks for records and documents that do not pertain to the employee(s) at issue; seeks a significant amount of records that may take longer than 15 days to produce, as often is the time period provided; and the document request is not always served on the agent of service for a company, which means by the time it actually is delivered to the correct person, the time period to produce the records has expired.

Despite these reasonable objections to a document request, under the budget proposal, the Labor Commissioner can unilaterally determine that such objections are unreasonable and preclude an employer from introducing relevant documents into evidence.

Notably, the only option to ensure there is no evidentiary sanction is to oppose the request in court. This will incentivize employers to go to court to protect themselves, thereby increasing the costs for the Labor Commissioner’s budget.

It seems counterintuitive to revoke an employer’s license and therefore the ability to earn revenue to pay a final judgment of wages. If the goal is to encourage compliance and payment, the employer needs to be allowed to conduct business. While the amount of some awards may be minimal, other awards can be quite sizable and some businesses may not have the financial ability to pay immediately.

Moreover, if an employer’s license is revoked and operations shut down, all employees working for that employer will lose their source of employment and therefore income.

If the employer’s license is revoked, and the employer ultimately pays the final judgment, what will the coordination be between the Labor Commissioner and other agencies to ensure that the license is reissued immediately so the employer and all the employees may return to work?

The proposal fails to balance the goal of paying any final judgment of wages to an employee without harming other employees.

Budget Item 0559 also provides blanket authority for the Labor Commissioner to seek an injunction or temporary restraining order against an employer for anything, regardless of whether it is even connected to a pending investigation. Given how broadly it is drafted, this proposal seems likely to increase resources needed for potential judicial proceedings.

BOFE investigations currently can take as long as four years to complete, and potentially even longer, if this budget trailer bill language is adopted. Granting the Labor Commissioner such broad authority to pursue a temporary restraining order or injunction for an extended amount of time will significantly interfere with an employer’s ability to manage its workforce as well as pose a constant threat of civil proceedings and costs.

Comprehensive and cumulative changes in Budget Item 0559 will increase litigation costs and potential penalties for employers defending against a claim of retaliation.

The Labor Commissioner will have three years to file an action for retaliation.

Under such a definition, if an employer was ultimately required to pay a nominal amount such as $500, despite the request for a substantial award such as $500,000, the Labor Commissioner’s office would still be the “prevailing party.”

Such a definition of “prevailing party” is problematic as it incentivizes the pursuit of claims that may lack merit as well as leverages an employer into a settlement.

For a posting violation, the budget item also proposes a penalty of $100 per day up to a maximum of $20,000. Imposing such a high penalty where there is no evidence of harm to an employee seems overly punitive.

Eligible Employers: Sign Up for CalSavers Now to Avoid Penalties