The future of trade policy in North America will be the focus of a noon luncheon and discussion co-hosted by the California Chamber of Commerce on Wednesday, March 8.

The Canadian and Mexico Consulates General are presenting the luncheon with the CalChamber.

CalChamber President and CEO Allan Zaremberg were serve as moderator of the gathering. Speakers will include: Brandon A. Lee, consul general of Canada; Pedro Noyola, Ph.D., former undersecretary of trade and foreign investment and undersecretary of finance of Mexico, and representative of Mexico in various trade negotiations; and Andrew Grant, president and CEO, Northern California World Trade Center.

The CalChamber actively supported the creation of the North American Free Trade Agreement (NAFTA) among the United States, Canada and Mexico. CalChamber support for NAFTA is based on an assessment that it serves the employment, trading and environmental interests of California, the United States, Canada and Mexico, and is beneficial to the business community and society as a whole.

RSVPs are due by March 3 to intlevents@calchamber.com. 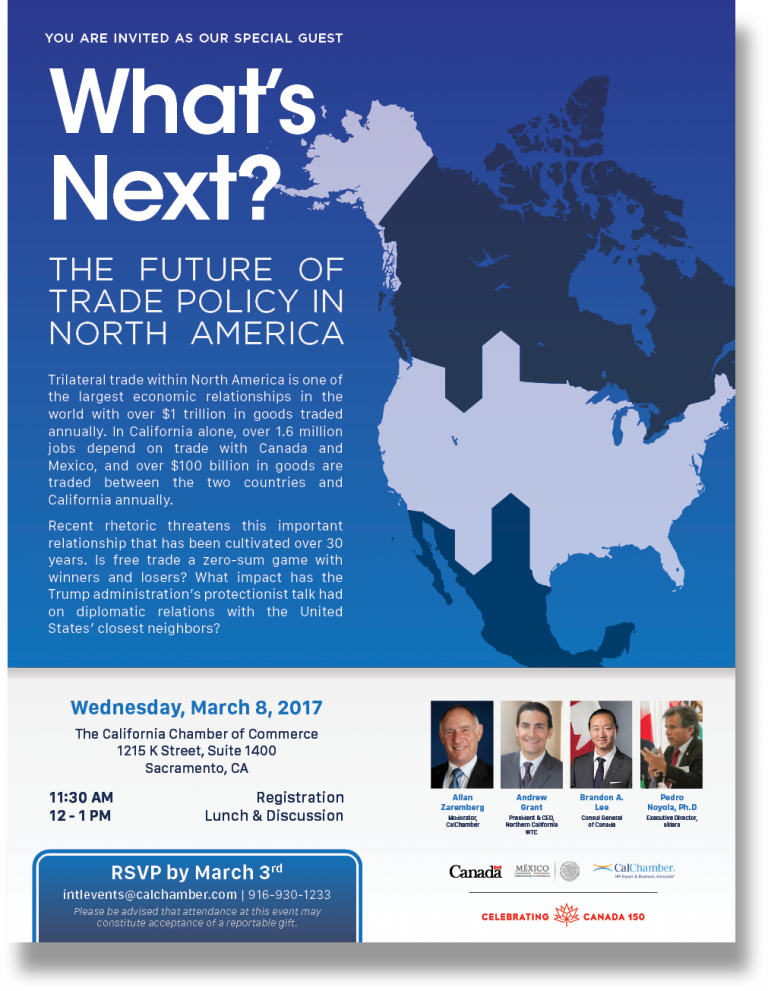