The California Chamber of Commerce today announced that its Board of Directors has voted to oppose the Property Tax Surcharge to Fund Poverty Reduction Programs initiative.

“This proposal is a completely inappropriate use of property taxes in California,” said Allan Zaremberg, President and CEO of the California Chamber of Commerce. “Since its inception, the property tax has been used to fund local government services. By diverting local property taxes to fund state programs to end poverty, the proposed surcharge will hurt police, fire, special districts and other programs that depend on the property tax. Moreover, this property tax surcharge would add to California’s status as having the most burdensome tax structure in the nation, including the highest personal income tax, corporate tax, sales tax, and, under this proposed initiative, property tax. It will derail further economic growth, particularly in parts of the state where people continue to struggle.”

The initiative has been cleared to seek signatures to qualify for the November 2016 ballot. The deadline for the proponents to submit no less than 585,880 signatures is on March 21, 2016.

The initiative has two main components:

CalChamber’s position on the initiative is consistent with their previous opposition to all proposals that would increase the tax burden on commercial properties. In the last five years, the Legislature has introduced three bills that would have created a so-called “split roll” for property taxes. CalChamber opposed those bills as job killers.

The Board expressed concern that higher taxes on rental properties will likely create higher rents for businesses and rental property residents should the measure pass. There are additional concerns over the fact that the initiative will create a targeted tax on high value property, ambiguities in drafting will likely lead to litigation, and uncertainty will be created regarding the application of the surcharge on commercial property. 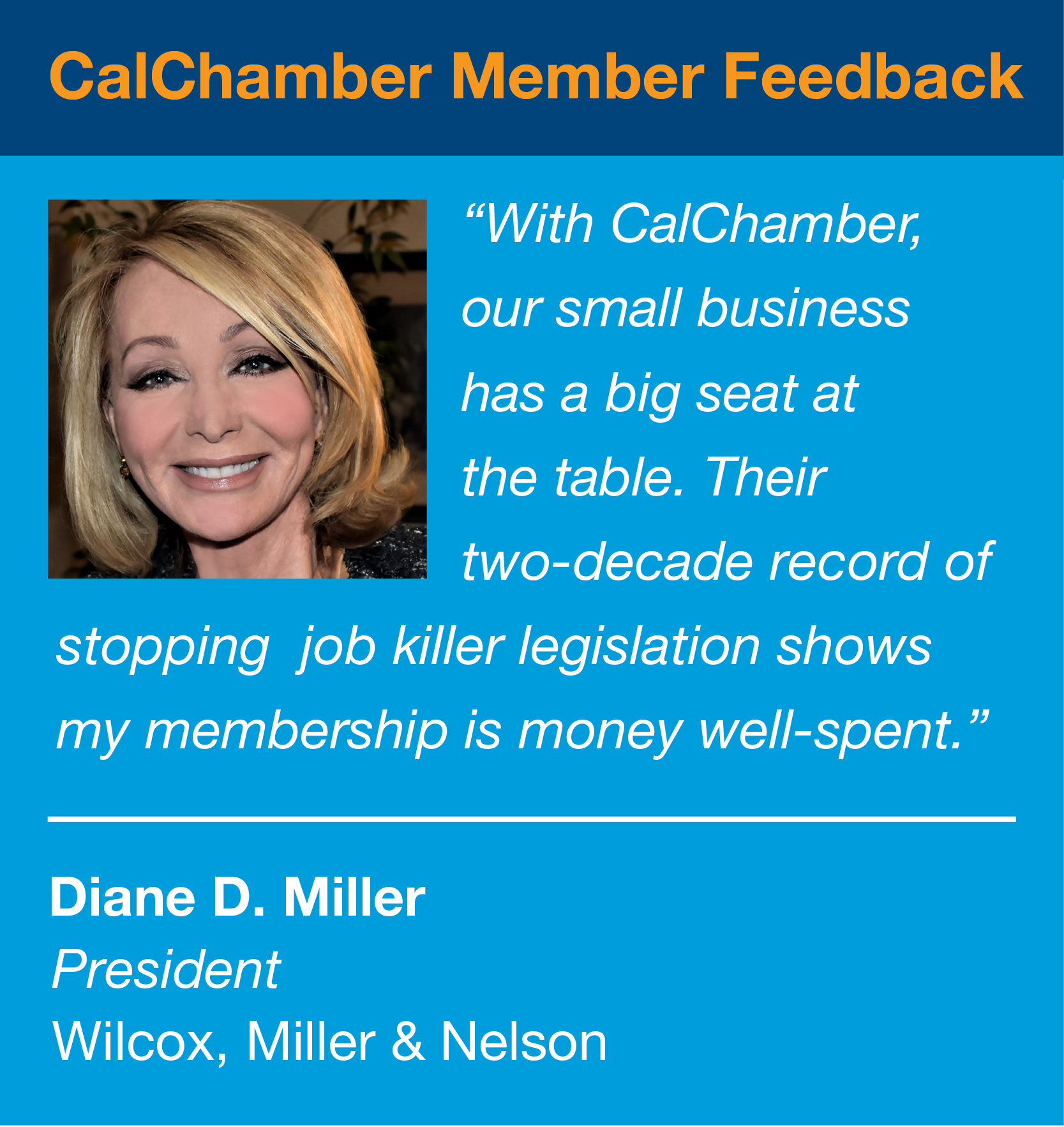