The Trade Facilitation Agreement (TFA) has the potential to reduce trade costs by a significant amount and thereby increase both global trade and output, according to a World Trade Organization (WTO) report released yesterday.

Although traditional trade barriers such as tariffs have come down, and innovation in transportation and communication technology have shrunk the distance between nations, trade costs remain high, particularly for developing countries, the report found.

When WTO members concluded their negotiations on the TFA in Bali in December 2013, they created the first multinational agreement since the WTO was founded nearly two decades earlier.

According to WTO Director-General Roberto Azevêdo, trade facilitation has emerged as a key issue for the world trading system in recent years.

“This agreement demonstrated how global rule-making was functioning effectually to address impediments to today’s global commerce,” Azevêdo wrote in the report.

The 2015 World Trade Report is the first detailed study of the potential impacts of the TFA based on a full analysis of the final agreement text.

Estimating Benefits of the TFA

The TFA had previously been expected to add $400 billion to $1 trillion to trade, according to various economic studies.

According to an article by Reuters, many trade experts had shied from using the upper end of those forecasts, but the WTO’s own research found they were on the low side.

“Overall, the simulations confirm that the trade gains from speedy and comprehensive implementation of the TFA are likely to be in the trillion dollar range, contributing up to almost 1% to annual GDP (gross domestic product) growth in some countries,” the report said.

According to the report, estimates of overall trade expansion are in line with previous results. These estimates also strongly indicate that the benefits of the TFA can be substantially larger, particularly for developing counties and least-developed countries, depending on the scope and pace of implementation.

The report found that developing countries will benefit significantly from the TFA, capturing a large part of the available gains.

By speeding the clearance of goods across borders, trade facilitation could provide a big boost to trade in perishable agriculture goods, the report states. The same effect is likely to apply to intermediate manufactured goods, which feature prominently in global value supply chains where lead time and predictability in delivery time are critical.

By reducing both the variable and fixed costs of exporting, trade facilitation increases the exports of those firms already involved in international trade, while enabling new firms to export for those first time. Furthermore, the trade and output gains are bigger with full and accelerated implementation of the TFA.

There is growing evidence that trade facilitation boosts participation in trade by small and medium-size enterprises.

According to the report, burdensome trade procedures, customs and trade regulations often are mentioned as major obstacles to export participation by small and medium-size enterprises. This is because large firms, especially multinational firms, are better equipped to navigate complex regulatory environments.

By reducing delays in export time, the TFA has the capacity to boost the role of small and medium-size enterprises in exports. Using data from the World Bank’s Enterprise Survey covering nearly 130 developing countries, the WTO report finds statistical evidence that micro, small and medium-sized firms are far more likely to export and to increase their export shares than large firms when the time spent to clear exports is reduced.

In the case of small economies, the report found that trade facilitation not only leads to more trade, but also to greater inflows of foreign direct investment.

The California Chamber of Commerce, in keeping with longstanding policy, enthusiastically supports free trade worldwide, expansion of international trade and investment, fair and equitable market access for California products abroad, and elimination of disincentives that impede the international competitiveness of California business.

Livestream to Commemorate Year One of U.S.-Mexico-Canada Agreement 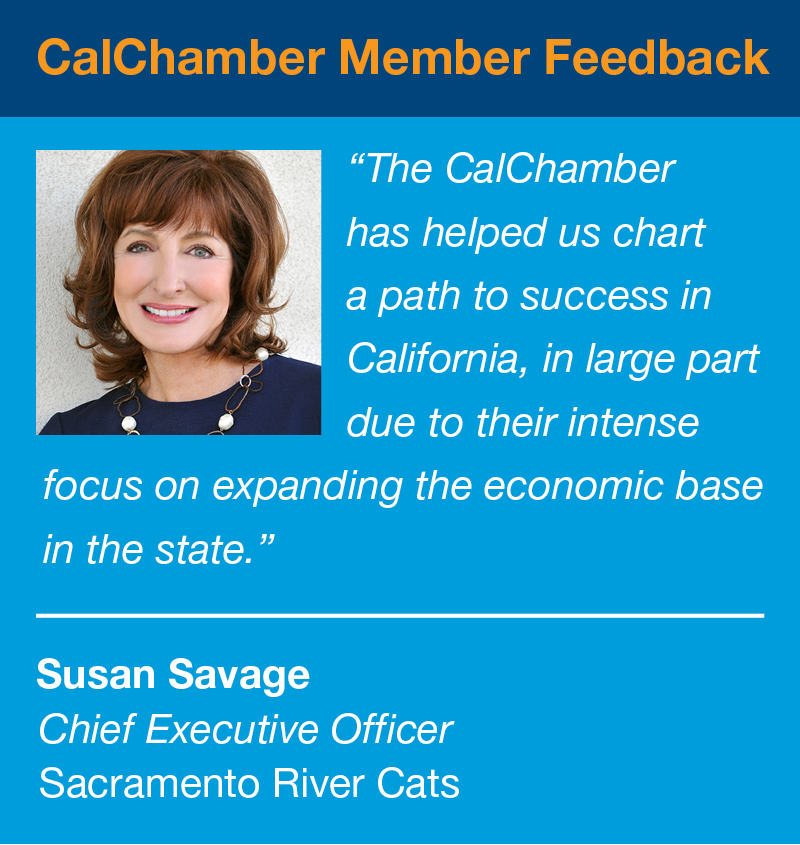