Part IV in a series from the PPIC, California—State of Change conference

Whether California is unfriendly to business was the question posed by moderator John Diaz, editorial page editor of the San Francisco Chronicle. Former state Senator Joe Simitian, now a member of the Santa Clara County Board of Supervisors, and Antonia Hernández of the California Community Foundation joined Zaremberg in the panel discussion on economic shifts.

Zaremberg:  “Once again, I think that there is…the perception, the feelings…and it depends on what industry you’re in. I don’t think that there’s any question that if you’re in a labor-intensive industry… and this comes back to manufacturing… what we have are more onerous employment laws… With term-limited legislators, I think,  you see a real problem and rather than trying to focus on a [solution] that’s targeted toward that particular problem… it’s easier to make it apply to everybody, and that’s damaging. That’s what gives us a perception of being business unfriendly.

“So I will give you a good example. The last couple years there are a lot of start-up and businesses that don’t want to comply with a lot of the employment laws in California—A, because they’re too hard to learn, and B, they’re just too difficult and it’s a pain in the neck and the employees don’t like them either. Well they’re the ones who will go out of business. You file a claim, the Labor Commissioner goes after them. She collects about 14% of the claims because they go out of business. They move, they shut down, form another business. So rather than targeting those problems, the solution is to create a law that impacts every business, it’s about joint and several liability. And that’s what gives California a very difficult name because you’re in the process, you’ve done a good job, you’ve tried to comply with the law, and you’re hit with a law that… makes you liable for somebody else’s failings—that you didn’t want to be involved with and you weren’t the problem.  And I think we go back to ‘How do you fix these?’ I think we have to make sure  and hopefully with  the moderate term limits… where you have 12 years in either house, you can learn these issues and where you do have a problem, let’s work together, let’s solve that problem… I wouldn’t say there isn’t a problem. I’d say the solution for some people is worse than the problem, and for other people, no, but that’s the issue. Solve those problems and work together. We should be able to be part of that discussion, and the people who aren’t the problem shouldn’t be tainted by that…[T]hat’s what creates the perceptions.”​​​​​​ 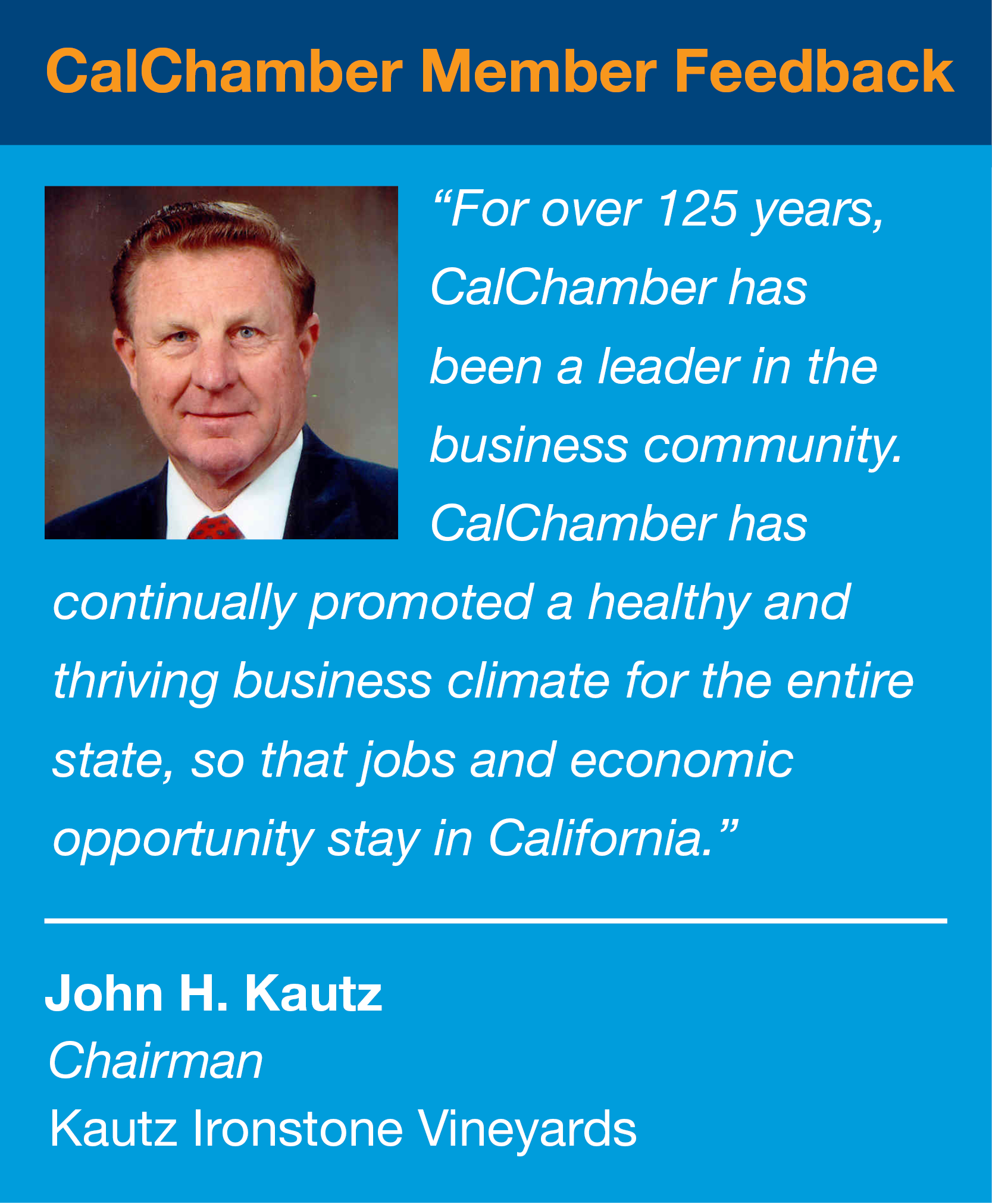