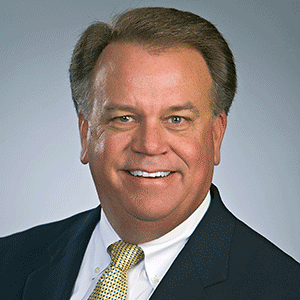 Greg Bielli, president and CEO of the Tejon Ranch Company, has been elected as 2023 chair of the California Chamber of Commerce Board of Directors.

“California’s economy continues to grow, and a large part of that growth can be attributed to the continued efforts of the CalChamber,” said Bielli. “However, California does face great challenges with issues such as a lack of housing, water shortages, energy supply and costs, income inequality, the high cost of living, and other factors which make it difficult for most middle- and lower-income families to thrive. These are our residents and employees who play a major role in the success of California.

“CalChamber has long been a leader in advocating for California businesses, both major employers and small businesses alike, and that will continue in 2023. We must address the issues and policies that, for most businesses and employers, only lead to increased cost and less competitiveness. It is imperative that the state removes the obstacles hindering the ability of companies to invest in our economy — for example, PAGA [Private Attorneys General Act] — and adopts policies that will promote broad-based business and economic growth. The future of California depends on it, not only for our business success, but also for our employees and their families who call California home.”

Serving with Bielli as 2023 officers of the CalChamber Board are:

He has more than 30 years’ experience in real estate, land acquisition, development and financing. He joined Tejon Ranch following work with Newland Communities, one of the largest and most successful master-planned community developers in the country. As president of Newland’s western region, Bielli was responsible for overseeing management of all operational aspects of Newland’s portfolio of master-planned residential, commercial, and retail real estate projects in Arizona, California, and Colorado. He also was responsible for growth and acquisitions in the region.

Before joining Newland, Bielli was executive vice president for development for Jupiter, Florida-based Medalist Developments, where he oversaw three master-planned communities. Before that, he served as president of MCO Properties in Fountain Hills, Arizona.

In addition to his CalChamber leadership role, Bielli co-chairs the Southern California Leadership Council, and is a product council member in the Urban Land Institute (ULI.) He served on the Scottsdale City Council from 1990 to 1998 and was past district council chair for ULI Arizona.

Bielli earned a bachelor’s degree in political science from the University of Arizona.

The CalChamber Board also approved three directors as at-large members of the CalChamber Executive Committee:

The Executive Committee works with top CalChamber management to determine policy, financial and program direction, including, when necessary, providing policy guidance between the regular quarterly meetings of the CalChamber Board.