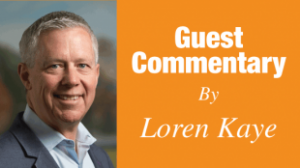 Thanks is due to the high-performing technology, financial and logistics sectors, which have delivered at a high level despite the overall economic drag from COVID-19. The California public sector is the fortunate beneficiary of a diverse economy that can sustain growth while thousands of other businesses and millions of workers suffer devastating effects from the pandemic and face a prolonged and painful recovery.

Governor Newsom has made the wise decision to utilize most of the expected windfall in state revenues for one-time or short-term purposes, recognizing that California’s worst budget crises were exacerbated by earlier decisions to spend one-time revenues for ongoing programs.

Along those lines, the Governor proposed, and the Legislature approved just last month, restoration of tax incentives (including the Research and Development tax credit and net operating loss carry forwards) that were suspended in 2020 in the early days of the pandemic recession, as well as adding new tax benefits to aid small businesses harmed by the pandemic, in particular restaurants and entertainment venues.

These one-time tax changes will help small businesses back on their feet, and ensure California remains hospitable to innovation, which is a necessary attribute for a strong economy.

The Governor also proposed to utilize the one-time windfall of revenues to pay down a small portion of the debt accumulated in the Unemployment Insurance Fund, the employer-financed safety net for laid-off workers. Unprecedented layoffs forced by the pandemic and related government shut-down orders resulted in the fund running up a $20 billion debt. The debt’s principal must be repaid from employer taxes, while the state treasury is liable for interest payments. More than 20 other states have already used federal emergency relief funds to pay down the debt.

The Governor proposed paying down the debt this year by one billion dollars, and by an additional $2 billion next year. This initiative is welcome and timely, but the latest news of a revenue windfall gives the Governor and the Legislature the means to do even better. For example, a cadre of Assembly Democrats has proposed to use $7.25 billion from the state’s surplus to provide one-time support for the UI Fund, which would bring the fund back to solvency faster and at a reduced impact on job-creating employers.

Likewise, the Governor and Legislature can pay for another of their early actions of 2022 when they approved an extension of the supplemental paid sick leave mandate for Covid-related leaves. The Governor and many members of the Legislature have recognized the higher costs on employers associated with this mandate and have indicated a willingness to consider tax credits for employers to offset this burden. They should not hesitate to relieve employers of this financial burden, which in turn could encourage more business and job recovery.

Labor shortages, supply chain disruption and inflation create ongoing threats to a sustained economic recovery and the hope to regain normal social and economic relationships. Policy makers must be mindful of these pressures and uncertainties on business owners and operators as the state crafts its final budget and makes policy decisions this year.