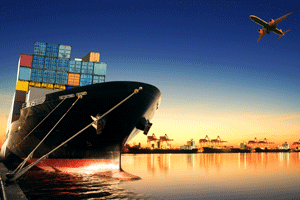 Governor Gavin Newsom announced last week actions the state will take to ease port congestion that are consistent with some of the requests outlined by the California Chamber of Commerce in its letter to the Governor and members of the California Legislature. CalChamber applauds the Governor for building on earlier efforts this year to ease supply chain issues, but even more must be done to address the unprecedented backlog at the ports.

The Governor announced that the California Department of Transportation (CalTrans) will begin issuing temporary permits starting November 19, 2021 through June 30, 2022 that will increase weight limits for trucks carrying goods in and out of its ports from 80,000 pounds to 88,000 pounds. The increase in weight limit should help to streamline the movement of more containers from cargo ships. The increased truck weight limit applies to California’s entire state highway system, including interstate routes, for moves between ports and distribution centers in California. Cities and counties are also authorized to issue their own temporary weight permits for truck travel on local roads.

The Governor announced his administration is working on identifying property to temporarily store containers—an effort CalChamber supports. The state needs to expeditiously identify surplus properties and evaluate how to overcome barriers that will slow their temporary use for storing containers, such as the California Environmental Quality Act (CEQA) and land use variance approvals.

The state should identify policy and/or financial mechanisms to encourage streamlining of entitlements or permits and remove unnecessary land use restrictions for the temporary use of sites to offload containers. New storage sites will serve as critically needed return depots to free up truck chassis space in order to move even more imports off dock. Establishing clear timelines for the use of each property will be helpful in allowing companies to plan for the medium- and long-term staging needs.

CalChamber appreciates the opportunity to continue engaging stakeholders, the administration and legislators on this critically important issue.