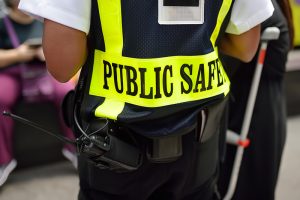 Last week we reported about California voters’ deep concerns over an increasing cost of living and the fear of falling further behind. Eighty-five percent of voters reported that “earning enough income to enjoy a middle-class lifestyle is becoming almost impossible in my part of California.”

Along with economic insecurity, Californians are concerned about personal security.

Asked about public safety, more than two-thirds of voters say crime in California has increased “some” or “a lot.” Eighty-five percent (53% strongly) of voters agree that “homelessness and criminal behavior have become rampant throughout California,” and 59% of voters agree with the statement, “I no longer feel safe because of the danger and disorder in society today.”

On issues of crime and public safety, the most intensely concerned voters are women, voters aged 50 to 64, and residents of the Inland Empire.

This pessimism is maybe related to the visibility of the issue. Nearly half of voters report that they see someone homeless on the streets at least five days a week. Voters most concerned about the local effects of homelessness are women and residents of San Francisco and the Central Valley.

The CalChamber poll also closely examined numerous public policy issues of interest to voters and employers. Subsequent articles will take a deep dive into those issues.