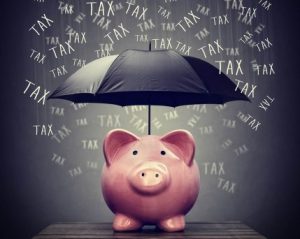 The California Chamber of Commerce and a coalition of business and taxpayer groups are leading a strong effort to defeat the split roll property tax measure, Proposition 15 on the November ballot.

Proposition 15 is a $12.5 billion a year property tax increase—the largest in state history—that is riddled with flaws which will hurt all Californians. Contrary to what its supporters claim, Proposition 15 will not help local governments and schools recover from the COVID-19 induced economic crisis.

The measure will also hurt the small businesses that employ half of all California employees.

The California Assessors’ Association is opposing Proposition 15, stating that it will cost more than $1 billion to implement in the first three years and would be impossible to administer

Moreover, groups representing two direct beneficiaries of the tax funds are not supporting the measure: the League of California Cities refused to support Proposition 15, while the California School Boards Association voted to remain neutral.

The bipartisan coalition opposing Proposition 15 consists of more than 1,500 organizations, businesses, elected officials and individuals, and a growing list of more than 200,000 advocates in support of Proposition 13.

Among the many problems with Proposition 15 that the campaign has identified are the following:

Support No on Prop 15

The California Chamber of Commerce is urging members to provide financial support to help spread the word to voters that the split roll property tax hike will lead to a higher cost of living.

The CalChamber issues political action committee, CalBusPac, may accept contributions in any amount, but the funds may not be earmarked. Defeat of the split roll measure is a high priority for CalBusPac. Contributions may be sent to CalBusPac (ID #761010), P.O. Box 1736, Sacramento, CA 95812-1736; or contact the CalChamber Public Affairs Department, c/o linda.wallace@calchamber.com.

Contributions directly to the No on Prop 15 campaign may be made online at https://noonprop15.org/donation/.