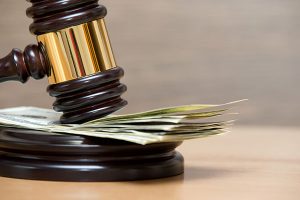 A California Chamber of Commerce-opposed bill allowing the Attorney General and private attorneys to sue taxpayers for perceived tax errors will be considered by the Senate Appropriations Committee next week.

AB 1270 is being presented as a means to combat tax fraud, but it is a solution in search of a problem. The CalChamber is unaware of any reporting of rampant tax fraud in California that would justify new tools such as the FCA being utilized and which would potentially provide additional income if FCA lawsuits could be brought. Unsurprisingly, present fiscal analysis of AB 1270 has not identified any estimated increase in revenue to California from expanding the FCA to allow tax-related lawsuits. Moreover, California already applies civil and criminal liability for fraud under the California Revenue and Tax Code Section 19706 (tax fraud) and Penal Code Section 72 (false statement to public entities may constitute a felony).

Many changes in AB 1270 would expand the FCA to cover tax-related claims, but some changes would affect the standards governing all FCA lawsuits. Particularly problematic is that the bill:

The business community has grave concerns about allowing for-profit attorneys into tax enforcement. This is particularly true when discussing a tool like the FCA, which provides massive penalties for the taxpayer and massive rewards for the private litigant. California’s FCA provides the following penalties:

Based on these strong penalties, a $200,000 tax dispute under the FCA could quickly balloon into a potential million-dollar dispute. Plaintiff’s attorneys will be incentivized to bring lawsuits without any merit to scare businesses into paying settlements, and, facing such steep penalties, businesses will be compelled to pay to settle meritless claims.

A similar law in Illinois provides an example of the potential abuse: one attorney there filed hundreds of False Claims Act lawsuits by simply ordering products online and alleging that the out-of-state company had improperly complied with Illinois state tax law.  Although the products purchased were not expensive, the resulting per-incident penalties and attorney’s fees provisions allowed the attorney to pressure businesses to pay large settlements—even where no wrongdoing had occurred.

Creates Uncertainty Due to Conflicts with Existing Tax Law

AB 1270 also would create conflicting standards in tax law by ignoring differences between the standards in the California Revenue and Tax Code and the standards applied under the FCA. This will make it even easier for plaintiff’s attorneys to bring nuisance lawsuits against taxpayers because the ambiguity of conflicting law will make it difficult for businesses to determine whether they are in compliance.

As a result, businesses will be uncertain as to whether they will win or lose if the case proceeds and will pay to avoid the FCA’s cataclysmic consequences.

AB 1270 fails to include any protection for a taxpayer who has already handled a transaction with the taxing agencies. For example, if a taxpayer is audited and no issues are found, the taxpayer still could face an FCA lawsuit years later if AB 1270 becomes law.

Moreover, even if the taxpayer had affirmatively flagged an issue for review by the taxing agency (bringing that issue forward specifically for review), and was found to have filed correctly, that taxpayer still could face the treble damages and attorney’s fees of an FCA lawsuit.

This double jeopardy issue makes concerns about profit-driven plaintiff’s attorneys all the more apparent—regardless of whether the taxing agencies have signed off on a taxpayer’s documents, that taxpayer is still at risk of a lawsuit.

Outside of the new tax-related provisions of the FCA, AB 1270 also attempts to codify case law on another part of the FCA: materiality. The FCA requires that an alleged misstatement be “material” for a lawsuit to be brought. Generally speaking, this “materiality” test asks whether the alleged misstatement mattered to the public entity. If it was a small typo or unimportant point, the courts have concluded that it doesn’t make sense to impose the FCA’s strict penalties because the misstatement did not matter (or was not “material”) to the payment.

Problematically, AB 1270 attempts to codify a present California case—but incorrectly summarizes the case’s holding and goes far beyond its actual rule. The CalChamber is gravely concerned that mischaracterizing present case law will lead to uncertainty and litigation for anyone facing an FCA lawsuit in the future.

AB 1270 is a solution without a problem. It would introduce private attorneys into tax enforcement, create ambiguity with existing tax law, and leave taxpayers in uncertainty as they face conflicting standards and potential double jeopardy, even after a clean audit.

AB 1270 creates a host of concerns because the FCA was not designed to enforce tax law. The complexity and ambiguity of tax law is better suited to enforcement by the current system, where cases can be handled by agencies with expertise in taxes, well-developed procedures, and no profit motive.