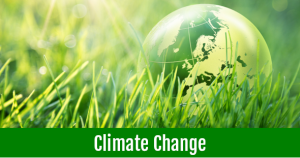 An economy-wide cap-and-trade system will be the least costly and least disruptive approach to meeting the state’s ambitious emissions reduction goal, the California Chamber of Commerce told legislators this week.

Last year the Legislature set the goal for 2030 of reducing greenhouse gas (GHG) emissions in California by 40% below 1990 levels. This amounts to about a 50% per capita reduction in carbon emissions from today’s levels.

In a letter to the California Legislature, CalChamber Policy Advocate Amy Mmagu points out that this year the Legislature must take the next step by providing the tools to reach the GHG emissions reduction goal.

“Common sense dictates that we start with the approach least costly to businesses and consumers,” she writes. The least costly and least disruptive approach, she explains, is adopting a robust, economy-wide cap-and-trade system.

“We look forward to working with the Legislature to achieve the GHG emission reduction goals in the least costly and most equitable way,” Mmagu concludes. “California’s economy, our residents and consumers deserve our best efforts to keep costs down while meeting this ambitious goal.”

California has world-leading clean energy goals, and its industries are already among the most energy-efficient anywhere. Although the state has made great strides in reducing GHG emissions, many of those reductions were related to the renewable electricity mandate, existing energy efficiency programs, or the result of a long and painful recession.

The market-based approach of a cap-and-trade system provides regulated facilities with more flexibility and is less expensive to consumers than a command-and-control set-up. Cap-and-trade is designed to meet the 2030 goals; regulatory mandates cannot guarantee that outcome.

According to the nonpartisan Legislative Analyst’s Office (LAO), authorizing cap-and-trade beyond 2020 “is likely the most cost-effective approach to achieving 2030 GHG target.”

The new, more stringent 2030 goal will demand a more robust implementation strategy beginning right away; an extensive lead time is vital to create the efficiencies to adapt to this new regime.

Current authority for cap-and-trade expires in 2020, but markets and investors need assurance now that a market will be in place for the longer term.

Delay in adopting cap-and-trade will increase pressure to adopt new, expensive command-and-control measures, and will further and unnecessarily expose California industries to global competition. According to the LAO, these measures are much more expensive than cap-and-trade.

Cap-and-trade should be the primary tool to meet the 2030 goals, the letter states. Going forward, no new command-and-control regulations should be adopted.

Moreover, the California Air Resources Board (ARB) should have exclusive jurisdiction over GHG emissions in the state so that the regulated entities do not have to endure additional measures adopted by local regulators.

Cost containment measures to minimize overall impacts on consumers and the economy should include:

• Maintaining some free allowances to mitigate emissions and economic leakage (such as loss of jobs and businesses to other states or nations).

• Transparency and accountability measures to ensure the program not only works for California, but will be replicable nationally and worldwide.

Moving forward with legislation adopted by a two-thirds vote will remove any legal uncertainty from the cap-and-trade program while allowing revenues to be raised for projects that are important to communities and constituencies around the state, including local programs to reduce or mitigate criteria or air toxic pollutants in disadvantaged communities.