Costa Rica is a small nation in Central America with a geographical size slightly smaller than West Virginia. Costa Rica has a population of over 5 million people and a gross domestic product of $61.8 billion. World Bank

Costa Rica is a major exporter of agriculture products,  such as, bananas, pineapples, coffee, melons, and sugar. US Department of Commerce 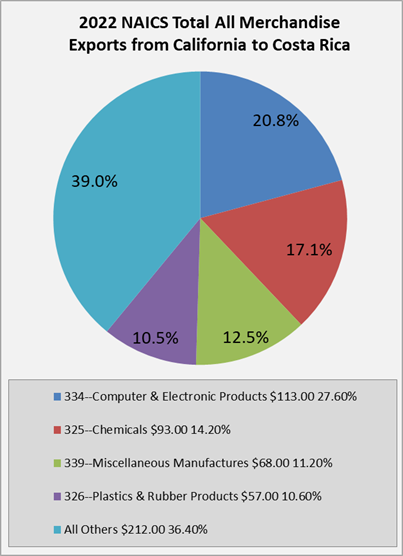 The United States trade deal with some of the small developing countries in Central America was signed by President George W. Bush in 2005 as an expansion of the North American Free Trade Agreement. Members of the CAFTA-DR free trade agreement include the United States, Costa Rica, El Salvador, Guatemala, Honduras, Nicaragua, and the Dominican Republic.  Exports from the United States to this group of countries totaled $29 billion in 2015, while imports totaled approximately $24 billion. This trade agreement ensures that 100% of goods from the United States are not subject to tariffs in these countries, it also has a goal of phasing out all tariffs on agricultural products by 2020.