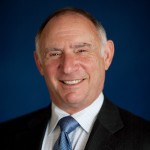 At a time when California is running far behind making even the basic investments in maintaining our vital infrastructure, a proposed 2016 ballot measure would seriously disrupt our ability to fix crumbling roads, improve water supplies, and build new schools and other public works. It could also prevent timely fixes to infrastructure after natural disasters or major emergencies. This deceptive initiative would add an unnecessary level of cost, bureaucracy and delay to a process already bogged down, and further widen the infrastructure funding deficit plaguing our state.

Opponents of the state’s plan to build a reliable Delta water system are close to qualifying a constitutional measure for the November 2016 ballot that would require a statewide election each and every time the state or a state-local partnership seeks to issue revenue bonds exceeding $2 billion to pay for infrastructure projects. But this measure has consequences much broader than just the pipeline project.

If passed, the measure will take a widely-used and fiscally-responsible financing mechanism off the table for all sorts of infrastructure projects.

General obligation bonds appropriately require a vote of the people, because the risk of default is on the taxpayers. But revenue bonds are not guaranteed by state or local taxpayers. Instead, bondholders shoulder all the risk for revenue bonds in return for earning interest.  Further, revenue bonds are repaid using designated funding streams associated with the projects they finance, and not the state’s general fund. A water recycling project would be funded by water users, a toll bridge by tolls on motorists using the bridge, and so on. As such, a statewide vote is entirely unsuitable for revenue bonds.

It is hard to see why a statewide vote is appropriate for local projects. For example, if a state-local partnership in the Central Valley sought to issue revenue bonds for a local water storage project to be repaid by local water users, under this measure it would require statewide approval. In other words, voters in Los Angeles, San Francisco and Redding would have to vote to authorize or reject a revenue bond that only impacts Central Valley water users. That makes no sense.

Lastly, and most reckless, the initiative provides no exceptions for emergencies or natural disasters. If an earthquake or flood ruins roads, bridges, or water infrastructure, this initiative would effectively take state revenue bonds off the table to finance immediate repairs. That’s because the state would have to wait until the next general election to seek voter approval before financing – not to mention construction – could begin.

A broad coalition of business, labor and other leaders is coming together to defeat this deceptive and dangerous initiative that would greatly impede our state’s ability to make the public works investments that are vital to our economic health, quality of life and security.

Allan Zaremberg is president and CEO of the California Chamber of Commerce.