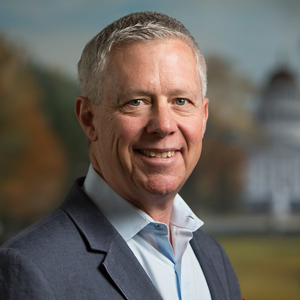 The best prospect for reform of the California Environmental Quality Act (CEQA) is no longer with the Legislature or the Governor, but at the California Supreme Court.

Over the past several years, hopes were high that the political branches would dig in to drain the CEQA litigation swamp. Governor Brown famously called CEQA reform the “Lord’s work.” Outgoing Senate leader Darrell Steinberg made reform of this law an “agenda priority” in 2013.

But for all the sound and fury – not incidentally as California struggled to recover from a deep recession – the rhetoric signified nothing. The legislative reform efforts fizzled and even Governor Brown has expressed a diminished enthusiasm for reform. Indeed, one of the most significant CEQA bills over the past four years expanded its scope to include Native American religio-cultural beliefs.

Though its motivations remain obscure, the Supreme Court is suddenly tackling highly-relevant CEQA cases. Have the justices decided to finally step into a policy chasm vacated by the political branches? Or have they recognized that most of CEQA’s litigation land mines were created by the courts themselves – with vague and sometimes contradictory case law inviting litigation rather than clarifying the law?

Just last month the Court released a decision that could profoundly change the political dynamics of CEQA.

Tuolumne Jobs and Small Business Alliance v. Superior Court held that direct adoption by a city or county of a land use initiative ordinance does not require any CEQA review. The upshot is a motivated applicant could avoid not just the post-EIR litigation but even the EIR itself by submitting signatures of 15% of registered voters for an initiative ordinance to a friendly local government. (Most of the key environmental mitigations would already be required under the independent authority of other environmental laws and regulators.) The local government could then adopt the initiative proposal itself within a relatively short time frame.

In its unanimous opinion, the Court addressed this scenario head-on:

“Appellants warn that developers could potentially use the initiative process to evade CEQA review, and that direct adoption by a friendly city council could be pursued as a way to avoid even the need for an election. Of course, the initiative power may also be used to thwart development. However, these concerns are appropriately addressed to the Legislature. The process itself is neutral. The possibility that interested parties may attempt to use initiatives to advance their own aims is part of the democratic process.”

This approach would have some limitations: it only applies to quasi-legislative actions like adoption of a zoning amendment or specific plan. But it is an excellent way to deal with opposition from NIMBYs or outside interests that parachute in with larger agendas. It would not be a viable strategy for those who simply want to short-circuit environmental laws.

With this decision, the Court has changed the playing field – at least for larger projects. It would not be a surprise to see project proponents developing a political strategy that lines up an initiative signature gathering effort in tandem with advocacy before a city council. A savvy approach that includes responsible analysis, mitigation, transparency and community outreach may enable a  litigation-free project approval environment.

The Court has lined up another half dozen significant CEQA cases on its docket that could be argued and decided over the next year or so. The cases are central to the issues that tie up projects in litigation: must developers respond to effects of the environment on the project (aka, “CEQA in reverse”)? What are the appropriate standards for greenhouse gas reductions? How can agencies use categorical exemptions?

In some cases the Supreme Court will resolve conflicts among lower courts; in others it has the opportunity to untangle ambiguous findings in controlling cases.

Depending on the clarity of the opinions, these cases could bring uncharacteristic certainty and predictability to large chunks of CEQA jurisprudence.