• The United Kingdom is the single largest investor into the United States with more than $597 billion invested.

• The U.S. is the single largest investor into the U.K. with almost $757 billion invested.

• More than 1.2 million Americans work for British companies in the U.S.

• California is one of the top five states for number of jobs connected to investment by a U.K. company.

The United Kingdom is the fifth largest economy in the world, with the U.S. being the first. The U.S. maintains a deep trade and investment relationship with the U.K. Once the U.K. leaves the European Union, which it is now expected to do January 31, 2020, the two countries will be able to negotiate a formal free trade agreement (FTA).

In the general election held in the U.K. on December 12, 2019, the Conservative Party won a majority, the largest since Margaret Thatcher’s 1987 victory, keeping Boris Johnson as the leader of the party and Prime Minister. This landslide conservative victory is set to make it easier to push through Brexit by the current scheduled date.

Two-way trade between the United States and the United Kingdom was $129 billion in 2018 and the U.K. was the fifth largest importer of U.S. goods with a total value of $66.2 billion.

The United Kingdom is California’s 11th largest export destination, with more than $5.2 billion in exports. Computer and electronic products accounted for approximately 31.3% of exports—more than $1.63 billion. Transportation equipment brought in $652 million, or 12.5%; while chemicals and second-hand merchandise accounted for 8.7% and 7.3%, respectively.

In 2018, imports into California from the United Kingdom were approximately $5.5 billion, with the top categories being transportation equipment and computer and electronic products.

According to the U.S. Department of Commerce, the U.S.-U.K. investment relationship is the largest in the world, valued at more than $1 trillion in 2016 and creating more than 2 million jobs, about 1 million in each country. The U.K. contributes 19% of foreign direct investment (FDI) into California, more than double that of any other country.

British investment is key in the United States. More than a million Americans go to work every day for British companies. Similarly, 1 million Britons go to work for U.S. companies every day. British investment is especially vast in California, where it supports approximately 105,000 jobs and the number of U.K. subsidiaries exceeds 1,000. (British Consulate General).

In July 2017, U.S. Trade Representative Robert Lighthizer and U.K. Secretary of State for International Trade Dr. Liam Fox created the U.S.-U.K. Trade and Investment Working Group, which focuses on providing commercial continuity for U.S. and U.K. businesses, workers, and consumers as the U.K. leaves the European Union. The working group has laid the groundwork for future FTA negotiations as it has explored ways the two countries can collaborate to promote open markets and freer and fairer trade around the world.

The U.S. Trade Representative published U.S.-U.K. Negotiating Objectives in February 2019, when it was expected the U.K. would leave the EU on March 31, 2019. The objectives include developing new approaches for digital trade and financial services.

The sixth meeting of the U.S.-U.K. Working Group in July 2019 focused on strengthening the trade and investment relationship, laying groundwork for a potential future trade agreement once the U.K. leaves the EU, and cooperating on global issues.

The California Chamber of Commerce is hopeful that the U.S. and U.K. will begin FTA negotiations as soon as the U.K. formally exits the European Union, which is now expected to occur on January 31, 2020.

• movement of labor; and 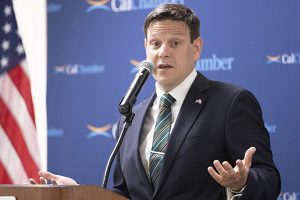 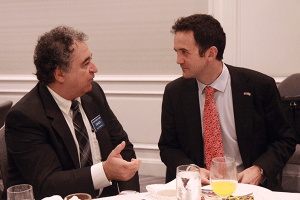