An Informal Welcome Cocktail Reception was held the evening of September 10, hosted by the California Chamber of Commerce. From the lovely view of the Hotel Terrace overlooking the West Lake, the business delegates, as well as the government delegation, became acquainted with each other in preparation for the trade mission. 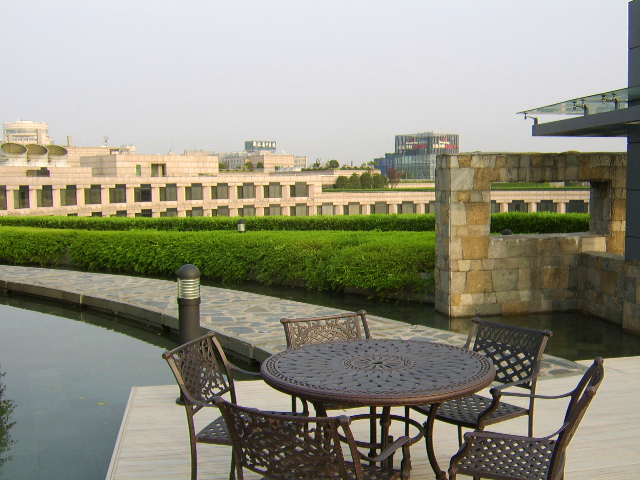 The Terrace at the Hyatt Regency, Hangzhou

Starting the Trade Mission, the CalChamber business delegates were treated to a continental breakfast and coffee with the U.S. Ambassador to China, Mr. Jon Huntsman.Ambassador Huntsman gave the delegates a briefing ofU.S.-China relations.Several questions were asked of the Ambassador,such as the status of the visa waiver program.Governor Schwarzenegger arrived and welcomed the delegates before escorting Ambassador and Mrs. Huntsman to a private breakfast where they discussedU.S., specifically California, relations with China. 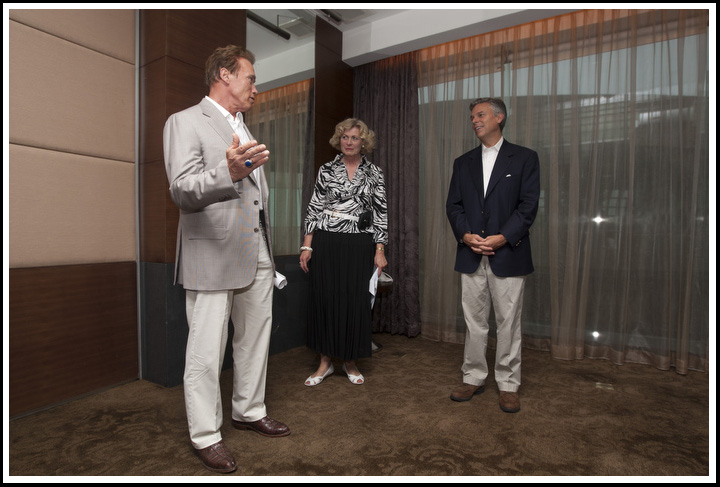 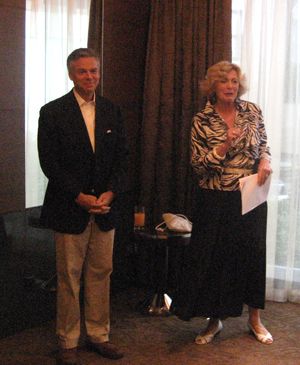 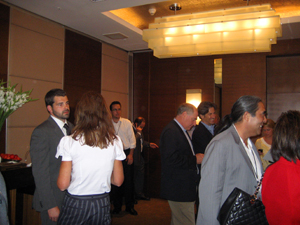 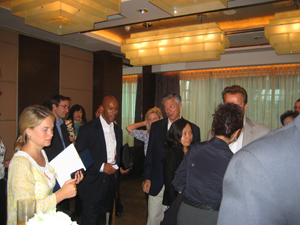 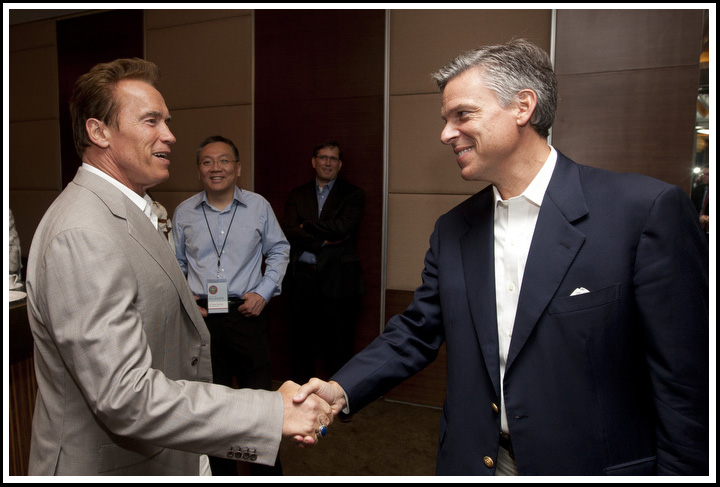 The business delegation then travelled to Alibaba Corporate Headquarters with the Governor for a briefing on the company. Later, Governor Schwarzenegger addressed Alibaba employees for the kick-off of their annual conference. 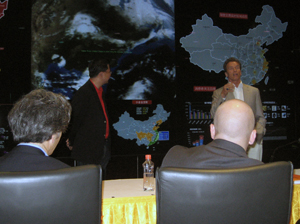 Governor Schwarzenegger during the Alibaba briefing 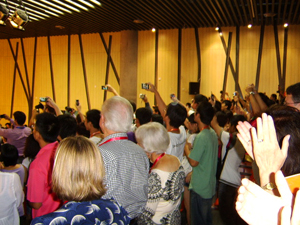 Alibaba employees straining to take a picture of the Governor 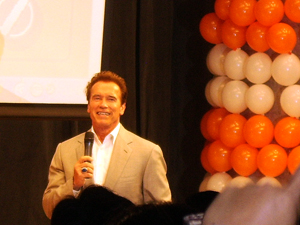 Alibaba was founded in 1999 by Jack Ma and is privately ownedgroup of Internet-based businesses. It has 18,000 employees and operates in 240 countries. Alibaba.com, subsidiary of the group has amarket cap of $10 billion. Jack Ma is also a presence in the Bay Area.

Alibaba Group makes it easy for anyone to buy or sell online anywhere in the world. It is a family of Internet-based businesses that includes business-to-business international trade, online retailand payment platforms and data-centric cloud computing services

The CalChamber business delegationjoined the Bay Area Council delegatesfor a lunch with Hangzhou municipal government leaders.This was a great networking opportunity forthe state and businessdelegations to meet, not only companies based in China, but also those located in California.
Thanks tothe Bay Area Council for their hospitality.

After the luncheon, the CalChamber delegation headed to the Great Hall to hear Governor Schwarzenegger’s speech to the Annual Alibaba Conference. The Governor was the keynote speaker of this conference,which was attended by thousands of Chinese entrepenuers and students, all led by Jack Ma. 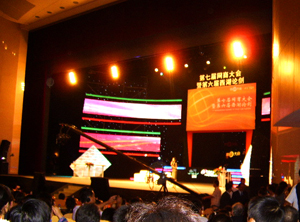 For the evening festivities, the CalChamber delegation rejoined the Bay Area Council for a Dragon Boat cruise on the historic West Lake.This was anexcellent opportunity to take in some of the sights, historical buildings andexceptional landscaping around the West Lake. 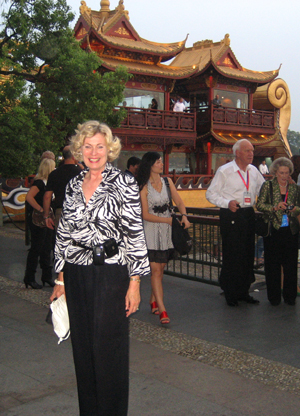 Susanne Stirling, CalChamber, standing in front of the Dragon Boat

This thousand-year-old Yong Jin Lou heritage building dates back to theZhenghe Era ofNorthern Song Dynasty (A.D. 960-1127).During the QingDynasty (A.D. 1644-1911), this landmark became a teahouse called San Ya Yuan (a quiet and elegant garden. Later in 1925 itbecame ‘Fang Lu’, after Huang Yuanxiu, a revolutionary elite during the Chinese Republican Revolution, moved in. In 1965 it became another teahouse and in 2003 was renovated.It is oneof the only buildings allowed on the shore of the West Lake and is a very special and unique dining experience.

Hangzhou, China
A sub-provincial city located in the Yangtze River Delta. Located 112miles southwest of Shanghai (2 hour drive). Population of over 6 million people. One of the most renowned and prosperous cities of China for much of the last 1,000 years, Hangzhou is also well-known for its beautiful natural scenery, with the West Lake, as the most well-known location.