Israel boasts a highly advanced market economy that consists of a rapidly growing high-tech sector that is supported by a strong venture capital industry. With only a population of 9.2 million, Israel had a gross domestic product (GDP) of $407.1 billion in 2020. World Bank

Israel has one of the largest diamond industries in the world and also possesses a substantive service sector. In addition, Israel also remains a world leader in telecommunications and software development. Its main exports include cut diamonds, high-technology equipment and agricultural products, particularly fruits and vegetables. Israel is highly dependent on foreign imports of coal, petroleum, food and production inputs, especially since access to natural resources are relatively scarce.

Tourism has become a large industry for Israel as a well sought out tourist destination for the country’s religious significance, historical sites and architecture, temperate climate, beaches and unique geography. Despite past security concerns with neighboring countries, Israel attracts millions of tourists annually.

In September 2010, Israel became a member of the Organization for Economic Co-operation and Development (OECD) and has signed several free trade agreements with the United States, European Union, Canada, Mexico, Jordan, Egypt, and Turkey.

In 2021, U.S. exports were over $12.86 billion, causing Israel to be the 25th largest export destination. Main U.S. exports to Israel include miscellaneous manufactured commodities, computer and electronic products, transportation equipment, and chemicals. The U.S. imported $18.646 billion from Israel in 2021. Miscellaneous manufactured commodities made up $6.33 million of the total, followed by computer and electronic products at $3.48 million, and chemicals at $2.8 million. 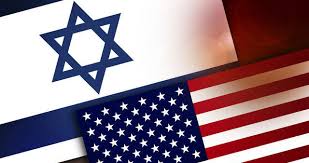 In 2021, California exported $1.43 billion to Israel, making it the state’s 24th largest export destination. Miscellaneous manufactured commodities is the largest export category for California, with over $361 million. Other major export categories to Israel include computer and electronic products, machinery (except electrical), and agricultural products, totaling $348 million, $215 million, and $113 million, respectively.

Imports from Israel to California totaled $1.43 billion in 2021. Computer and electronic products and miscellaneous manufactured commodities made up $516 million and $231 million of the total, respectively. This was followed by reimports and non-electrical machinery. U.S. Department of Commerce

In 2020, U.S. Direct Investment to Israel was documented at $40.43 billion. Foreign Direct Investment from Israel to the U.S. was roughly $29.18 billion. Israeli FDI in the US supports 27,300 jobs and contributed $807 million to research and development. Israeli FDI also contributed $834 million to expanding US exports. The top industry sectors for Israeli FDI in the US are: software and IT services, communications, plastics, medical devices, biotechnology, and industrial equipment. Select USA

Energy Sector — Alon Oil is an Israeli Energy company which operates several refineries on the U.S. West Coast, including California. Alon markets energy products in Israel. In addition, Zion Oil, although Texas based primarily, is involved in oil exploration in Israel.

High Tech Sector — The Israeli high-tech industry has been developing and reaching new peaks each year, both in technological achievements and in sales. Intel Israel has been in operation since 1974, supporting five locations throughout the country. In addition, IBM also has several locations throughout Israel

According to the U.S.-Israel Business Initiative, Israel is an ever-growing partner for the United States in generating transformative innovation for American companies while creating high-skilled jobs in the US. Nearly half of the world’s top technology companies have bought start-ups or opened research and development centers in Israel. More than 300 foreign companies have established R&D centers in Israel with more on the way.

Deepening the US-Israel Relationship Through Business
The Hill, October 23, 2019

Israel’s Amazing World Rankings
It is nothing short of amazing that a small, young country with just over 8 million people in existence for only 69 years can rank so high on so many international comparative indices.
The Times of Israel, April 17, 2017

“Through this agreement, California and Israel will build on their respective strengths in research and technology to confront critical problems we both face, such as water scarcity, cybersecurity and climate change,” said Governor Brown.

In 1985, President Ronald Reagan signed the U.S.-Israel Free Trade Agreement. It was the first FTA the United States entered into, and has served as a model for many future trade agreements. The FTA eliminates all custom duties between the two countries, and has resulted in a huge increase in the overall volume of bi-national trade to total $38.2 billion in 2014. U.S. exports account for roughly one fourth of all Israeli imports, with a value of over $14 billion. Israeli exports to the United States have also increased since the FTA’s implementation. In 2014, Israeli imports to the United States were $23.1 billion, an increase of over 300 percent since 1985. Israel is the 23rd largest export market for U.S. goods and services.

California exports to Israel were up considerable from $1.2 billion in 2009 to $2.3 billion in 2014, with manufactured goods accounting for the majority of these exports.

USTR Announces Agreement between the U.S. and Israel to Reaffirm Commitment to Expand Bilateral Trade and Investment

Deputy United States Trade Representative Ambassador Miriam Sapiro and Israel’s Director General of the Ministry of Industry, Trade, and Labor, Sharon Kedmi, this week reached agreement on a process to further their shared commitment to expand trade and investment between the United States and Israel. They applauded progress on trade and investment issues since a meeting between Ambassador Kirk and Minister Ben Eliezer in Washington in October 2010, and agreed to a plan that will guide future discussions and develop further as those discussions evolve. They also agreed to redouble their efforts to make further progress ahead of the U.S.-Israel Free Trade Agreement (FTA) Joint Committee meeting, to be held later this fall.

“The Obama Administration places great importance on the relationship between our countries, and we will continue our collaborative efforts to expand trade and investment opportunities for American and Israeli exporters and investors,” said Ambassador Sapiro.

The two sides also agreed to explore ways to realize fully the potential benefits of the U.S.-Israel trade agreement, including through the further liberalization of trade in services and agriculture and the removal of trade-restrictive measures. Ambassador Sapiro and Director General Kedmi also committed to consider cooperation in other areas, including addressing regulatory issues which might be impeding the movement of goods, services and capital between the two countries, in consultation with relevant stakeholders.

(Per the Federation of Israeli Chambers Joint Partnership and the Dubai Chamber, 2020) The “Abraham Accords” created a historic opportunity for Bi –literal cooperation between the countries, which led to the signing of a strategic partnership agreement between the Dubai Chamber of Commerce and The Federation of Israeli Chambers of Commerce, early this September. Under the agreement, the parties open up to the business sectors in both countries in order to increase and expand business connections, promote mutual trade and encourage investments.