• Japan has one of the highest per capita income levels in Asia and middle class consumption that ranks second only to the United States.

• Japan is the third largest source of foreign direct investment into the U.S. and supports more than 860,600 jobs.

In October 2018, the United States and Japan announced negotiations toward a potential U.S.-Japan free trade agreement (FTA). Japan is the third largest economy in the world, the fourth largest importer of U.S. goods, and the fourth largest source of imports into the U.S.

At the beginning of his administration, President Donald J. Trump withdrew the United States from the Trans-Pacific Partnership (TPP) in which the U.S. and Japan were leaders. Japan took the lead in passing TPP in the remaining 11 countries, rebranding it the Comprehensive and Progressive Agreement for Trans-Pacific Partnership (CPTPP or TPP-11). The agreement is in effect as of 2019 and eventually may include other nations.

The TPP-11 will reduce tariffs in countries that together amount to more than 13% of the global economy, and $10 trillion in gross domestic product (GDP). With the United States, the pact would have represented 40% of the global economy. Even without the United States, the deal will span a market of nearly 500 million people, making it one of the world’s largest trade agreements.

The United States is a large supplier of chemicals, transportation equipment, and computer and electronic products to Japan. Japan is also one of the largest U.S. foreign markets for agricultural products. U.S. exports to Japan were $75.22 billion in 2018, making it the fourth largest export destination for the U.S. Imports from Japan to the United States were $142.6 billion, with transportation equipment accounting for 42.7%.

According to the most recent figures, U.S. direct investment to Japan totaled $125 billion in 2018, largely in financial, software and internet services. Foreign direct investment (FDI) from Japan into the United States was $488.7 billion in 2018, making it the third largest source of FDI in the U.S. In 2018, Japanese FDI in the U.S. supported 860,000 jobs and contributed $8 billion to research and development, as well as another $86.6 billion to expanding U.S. exports. The top industry sectors for Japanese FDI are: auto components, industrial machinery, automotive original equipment manufacturer (OEM), metals, and software and information technology services. (Select USA)

California continues to be the top exporting state to Japan, accounting for more than 17% of total U.S. exports. Since 2010, Japan has remained California’s fourth largest export market, after Mexico, Canada and China. California exports to Japan, the world’s third largest economy, totaled $13 billion in 2018. Computers and electronic products accounted for 17.7% of total exports. Imports into California from Japan were $33.6 billion, with transportation equipment accounting for almost half of total imports. California is currently the top importing state in the United States for products from Japan. In addition, California buys more products from Japan than any other country besides China and Mexico.

In October 2018 the U.S. announced its intent to enter into free trade agreement (FTA) negotiations with Japan. The first round of U.S.-Japan trade talks began in April 2019 and by September 2019 a limited free trade agreement was reached. In early December 2019, Japan’s upper house of parliament approved the limited trade deal. Since no approval is needed by the U.S. Congress, the deal went into effect on January 1, 2020.

The limited agreement opened market access for certain U.S. agricultural and industrial goods in Japan. Once the agreement has been fully implemented, more than 90% of U.S. food and agricultural products imported into Japan will either be duty-free or receive preferential tariff access. The agreement will give U.S. farmers and ranchers the same advantages as CPTPP countries selling into the Japanese market. In return, the U.S. will reduce or eliminate tariffs on agricultural and industrial imports from Japan.

There also was a separate agreement between the United States and Japan on high-standard digital trade. The agreement contained prohibitions on imposing customs duties on digital products sent electronically, as well as ensuring barrier-free cross-border data transfers in all sectors, among other things. The U.S.-Japan Digital Trade Agreement was approved by Japan’s Diet concurrently and also went into effect on January 1, 2020.

The limited trade deal with Japan has moved very quickly with the understanding that there would be a more comprehensive deal signed with Japan in the near future in a second stage of negotiations. Now that the deal has passed, the White House announced that both governments will begin consultations early in 2020 to further negotiations on a broader trade agreement.

The goals for negotiations continuing into 2020 will remain the same: expanding bilateral trade in a mutually beneficial way to achieve freer and more balanced trade, as well as encourage economic development. It is hoped that the U.S. and Japan will continue to expand areas of cooperation and deepen their understanding of each other’s views and positions.

The California Chamber of Commerce, in keeping with longstanding policy, enthusiastically supports free trade worldwide, expansion of international trade and investment, fair and equitable market access for California products abroad and elimination of disincentives that impede the international competitiveness of California business. 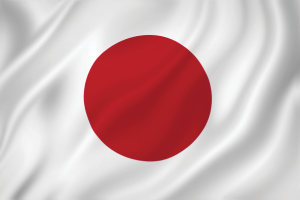 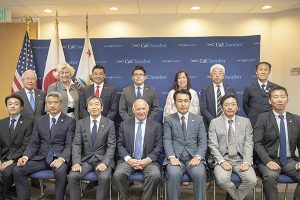 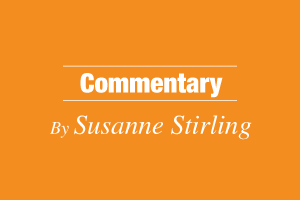